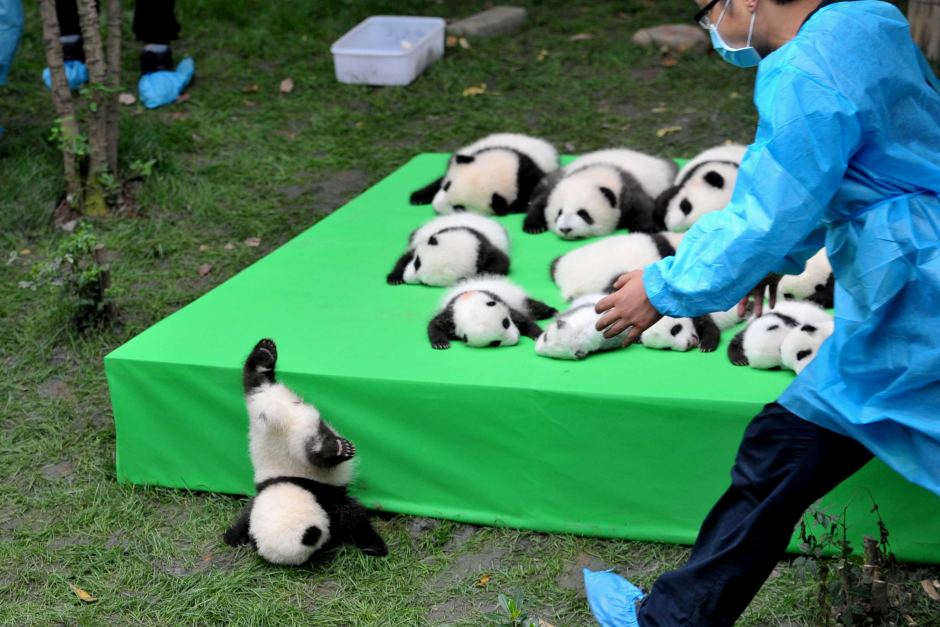 A giant-panda breeding program has seen 23 cubs born in 2016, giving hope to the survival of the vulnerable species.

The bears made their public debut at the Chengdu Research Base of Giant Panda Breeding in China.

However, it appeared one curious cub was not content with being on display and attempted to make a run for it.

The photo opportunity has attracted global attention and is highlighting the conservation efforts of the research base. 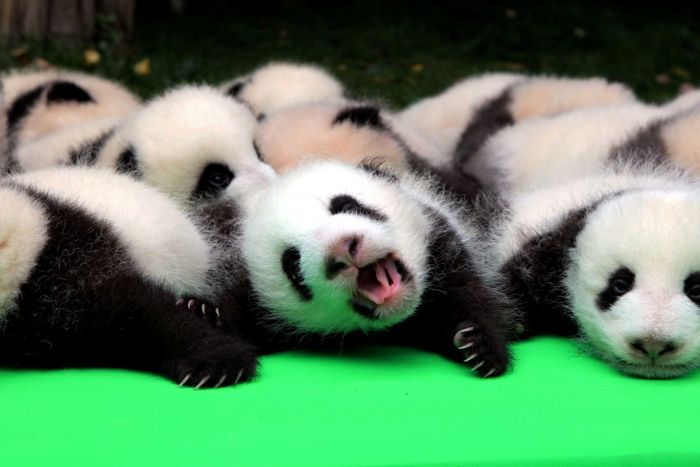 The International Union for Conservation of Nature (IUCN) downgraded the species from endangered to vulnerable in September this year.

“The improved status confirms that the Chinese Government’s efforts to conserve this species are effective,” the IUCN said.

The Chengdu Research Base has developed the world’s largest artificial breeding population of captive giant pandas, recording 113 in existence, as a result of 20 years of conversation.

However, habitat loss remains the major threat faced by the giant panda. 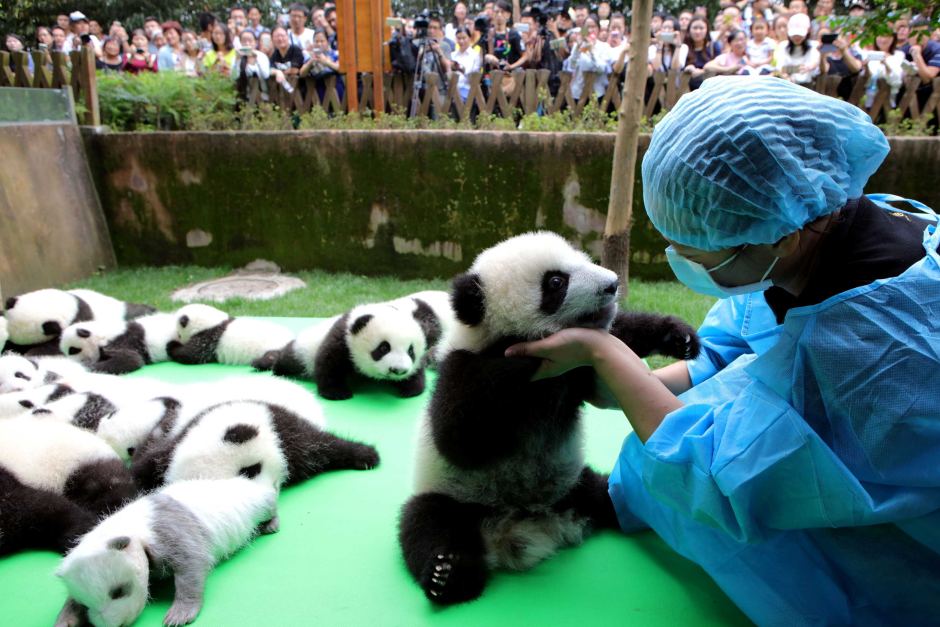