Tiger Leaping Gorge is a scenic canyon on the Jinsha River (Golden Sands River; 金沙江; Jīnshā Jiāng), a primary tributary of the upper Yangtze River. It is located 60 kilometres (37 mi) north of Lijiang City, Yunnan in southwestern China. It is part of the Three Parallel Rivers of Yunnan Protected Areas World Heritage Site.

At a maximum depth of approximately 3790 meters (12434 feet) from river to mountain peak, Tiger Leaping Gorge is one of the deepest and most spectacular river canyons in the world. The inhabitants of the gorge are primarily the indigenous Naxi people, who live in a handful of small hamlets. Their primary subsistence comes from grain production and foreign hikers (as well as Chinese)

The gorge is not considered navigable. In the early 1980s, four rafters attempted to go down the gorge and were never seen again. In 1986, the first known successful attempt to sail through the gorge was made by the first expedition to float down the entire length of the Yangtze, starting at the river’s high source at the Gelandandong glacier lake.

The area was officially opened to foreign tourists in 1993,but had attracted adventurous backpackers already in the 1980s. Officials plan to improve the existing trails and roads, bringing tour buses and more development. These plans arouse highly varied reactions among the local population, from strong opposition to strong support.

Natural crystals are mined from areas in and surrounding the Tiger Leaping Gorge. 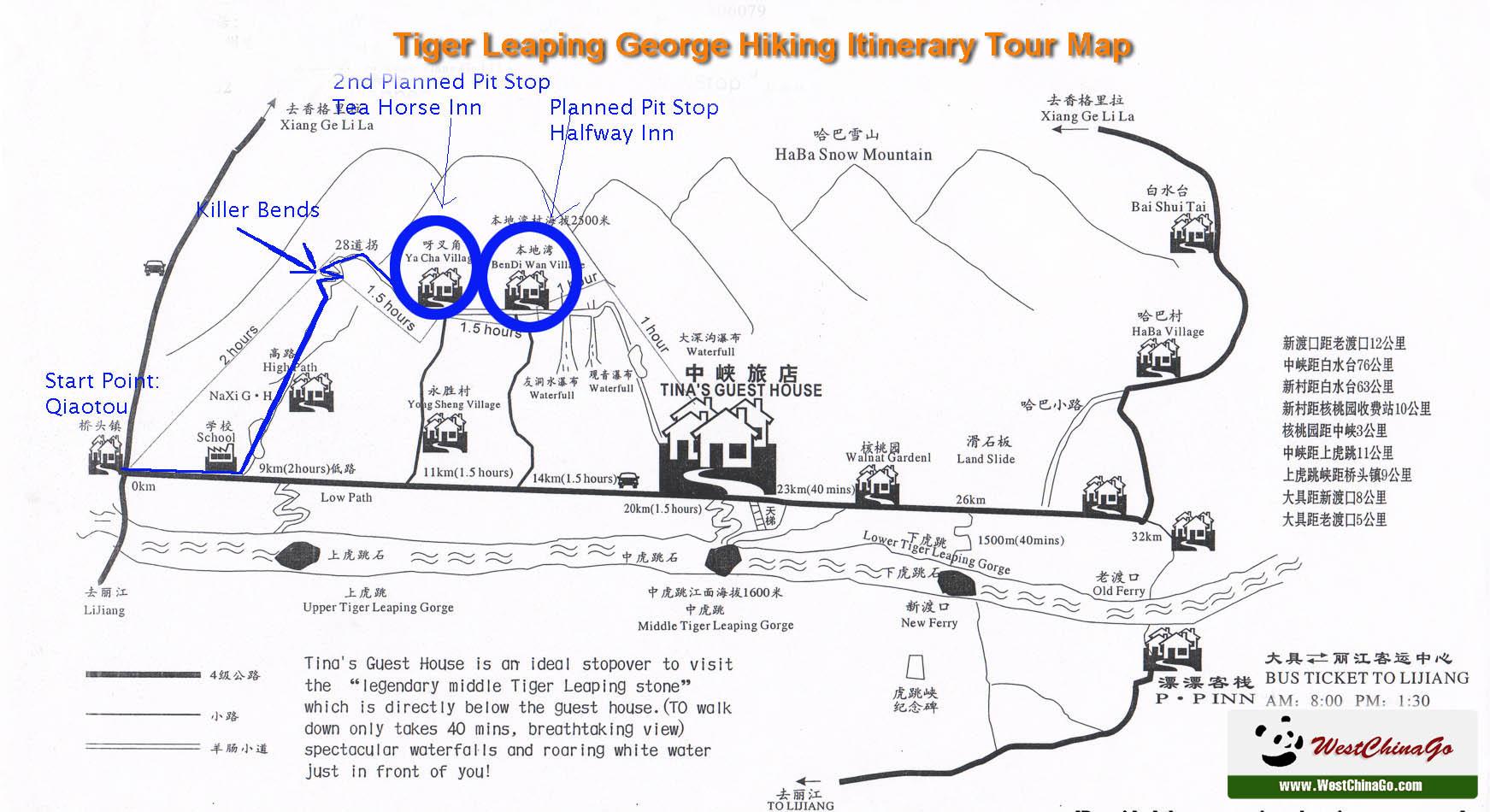 How To Get To Tiger Leaping George From LiJiang