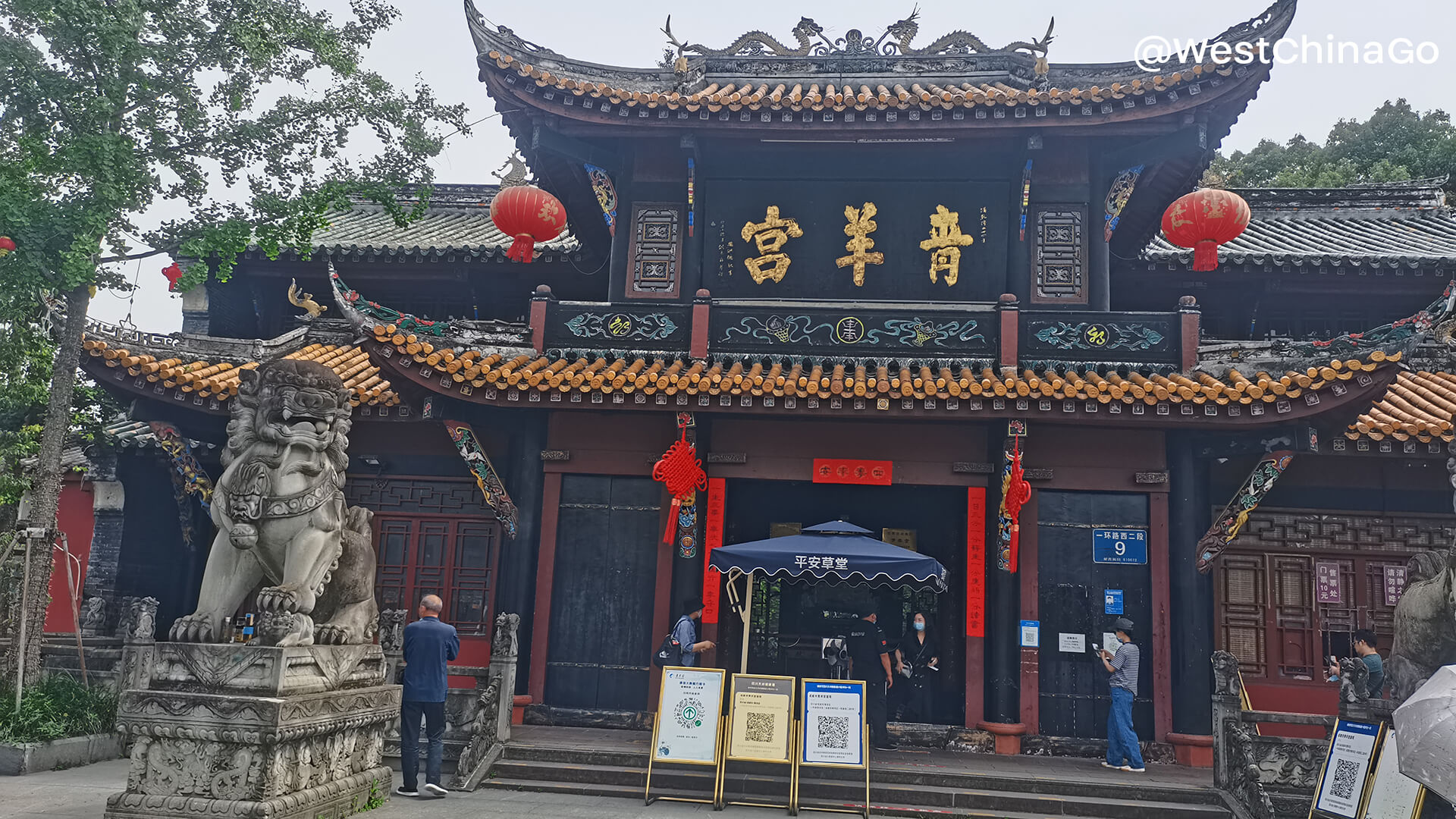 The showpiece of the Green Ram Temple is the 20 meter high Eight Traigrams Pavilion. It was rebuilt in 1873 during the reign of Emperor Tongzhi and in 1883 during the reign of Emperor Guangxu. It is a three-storey octagonal pavilion with a round roof and square base on which the eight trigrams – Qian, Dui, Zhen, Li, Xun, Kan, Gen and Kun are engraved. 16 stone pillars arranged in double rows support the eaves. Inside and outside the pavilion are some 81 dragons. Enshrined inside is a statue of Laozi, the supreme venerable sovereign, riding a green ox heading west towards the Hangu Pass.

The Green Ram Temple, otherwise known as Qingyang Temple, is one of the most famous Taoist temples in China. The temple was originally built in the Tang Dynasty (618-907), a period when Taoism was flourishing. Most of the parts of the temple that remain in existence are restorations from the Qing Dynasty (1644-1911), including Sanqing Hall, Doulao Hall, Hunyuan Palace, the Eight Trigrams Pavilion, and Wuji Palace.

Why is the temple called Green Ram Temple? Well it all went back to a meeting between a Taoist high priest called Lao-tzu who was to meet a friend here. The friend arrived only to see a boy with two goats and so thought the boy was his friend the priest! 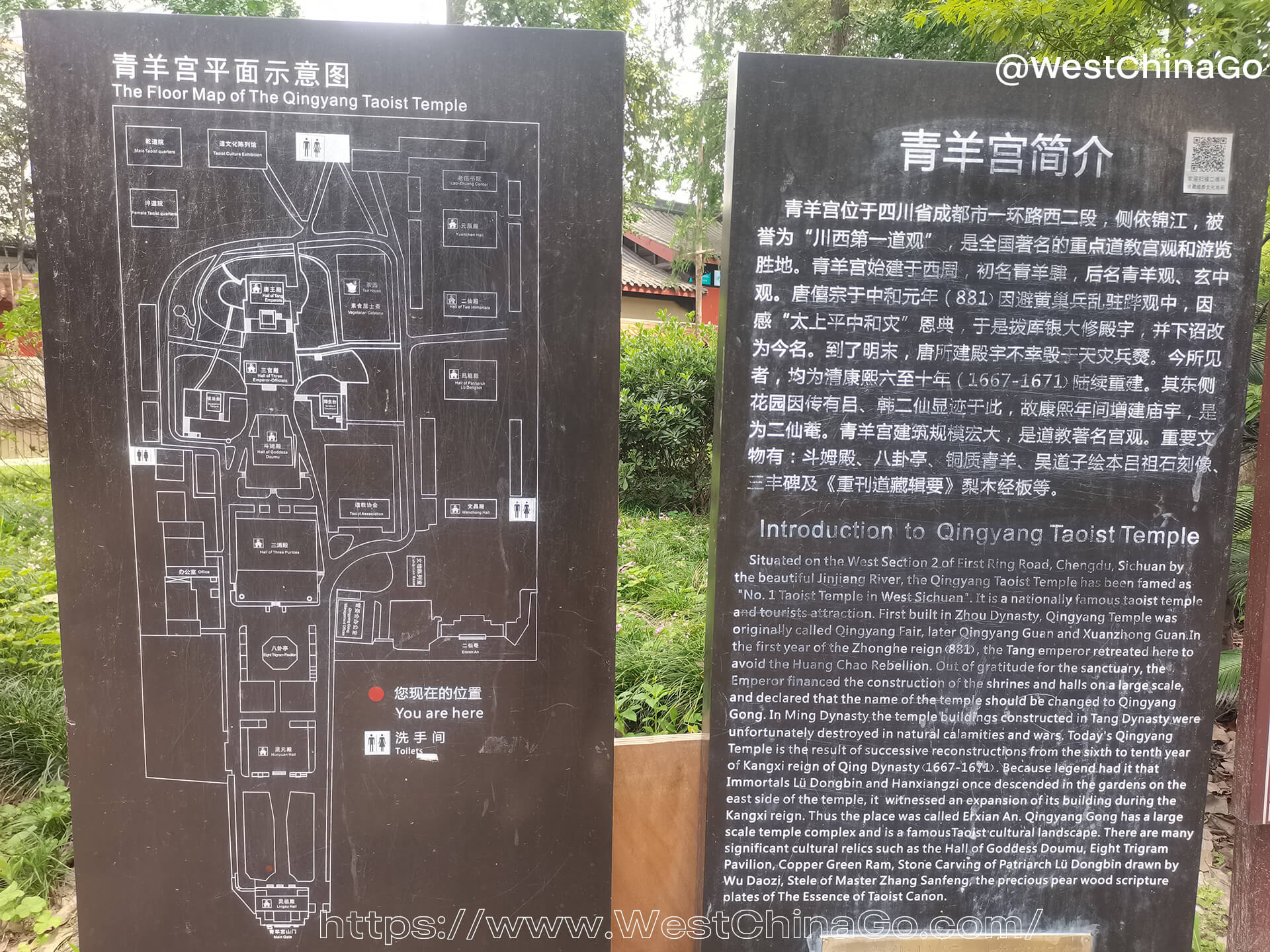 How To Get to ChengDu Qingyang Palace

Take the Metro line 5,get off at qingyanggong,or 10 minutes walk from Exit B of TCM Hospital of Metro Line 2 or Line 4