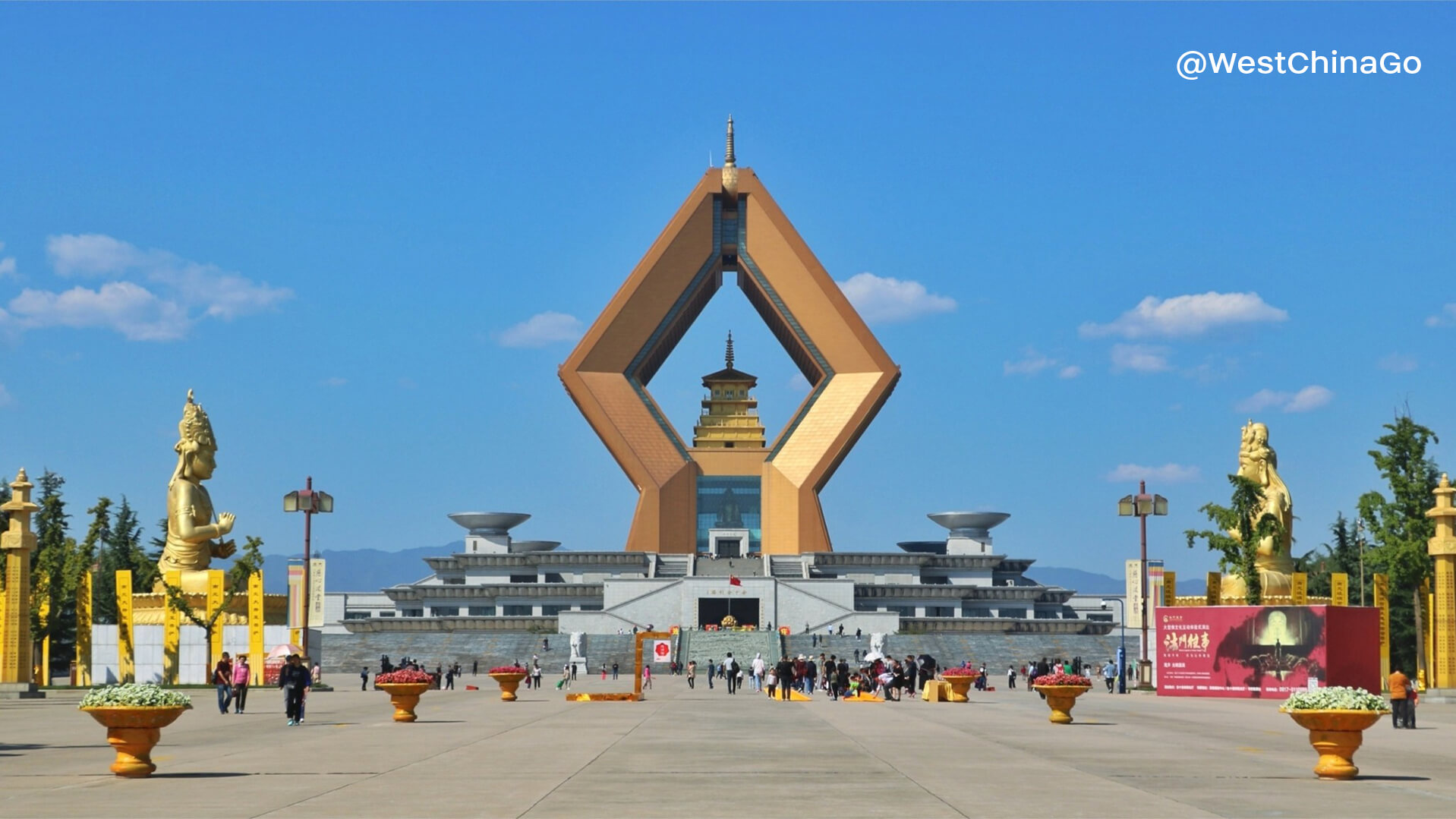 Evidence suggests that the Famen Temple 法门寺 was built during the reign of Han Emperor Ling (156 – 189 AD) and was expanded or remodeled during the Northern Zhou Dynasty (557 to 581 AD). It was built to house early Buddhists who traveled from the West and to serve as a translation and study center. During the later part of the Northern Zhou Dynasty Buddhism was suppressed and Buddhists persecuted. The temple was destroyed and fell into disrepair.
Under the Sui and then the Tang Dynasties, Buddhism was again in favor at court. Even during the periods where Daoism received the primarily patronage of the court, the mass suppression of the Northern Zhou was not repeated.

It was renamed the Famen Temple in 618 AD and the grounds were rebuilt with the major temple buildings by Tang Emperor Wudi. It was renamed and renamed several times, but finally returned to the Famen name given at the start of the Tang Dynasty. Famen was the source of relics of Buddha for many Tang emperors. Each time the emperor wanted to seek favor with the heavens they sought support from the relics and donated generously to the temple.

Due to its history, the monks built an underground palace to house their treasures and keep them from prying eyes and hands. Over the centuries the idea of such a palace existing within the temple grounds turned into myth. They were said to have hidden the treasures of the monastery there to guard them against war, invasion, and the vagaries of suppressive political movements, but since no one could find it, the story was discounted. 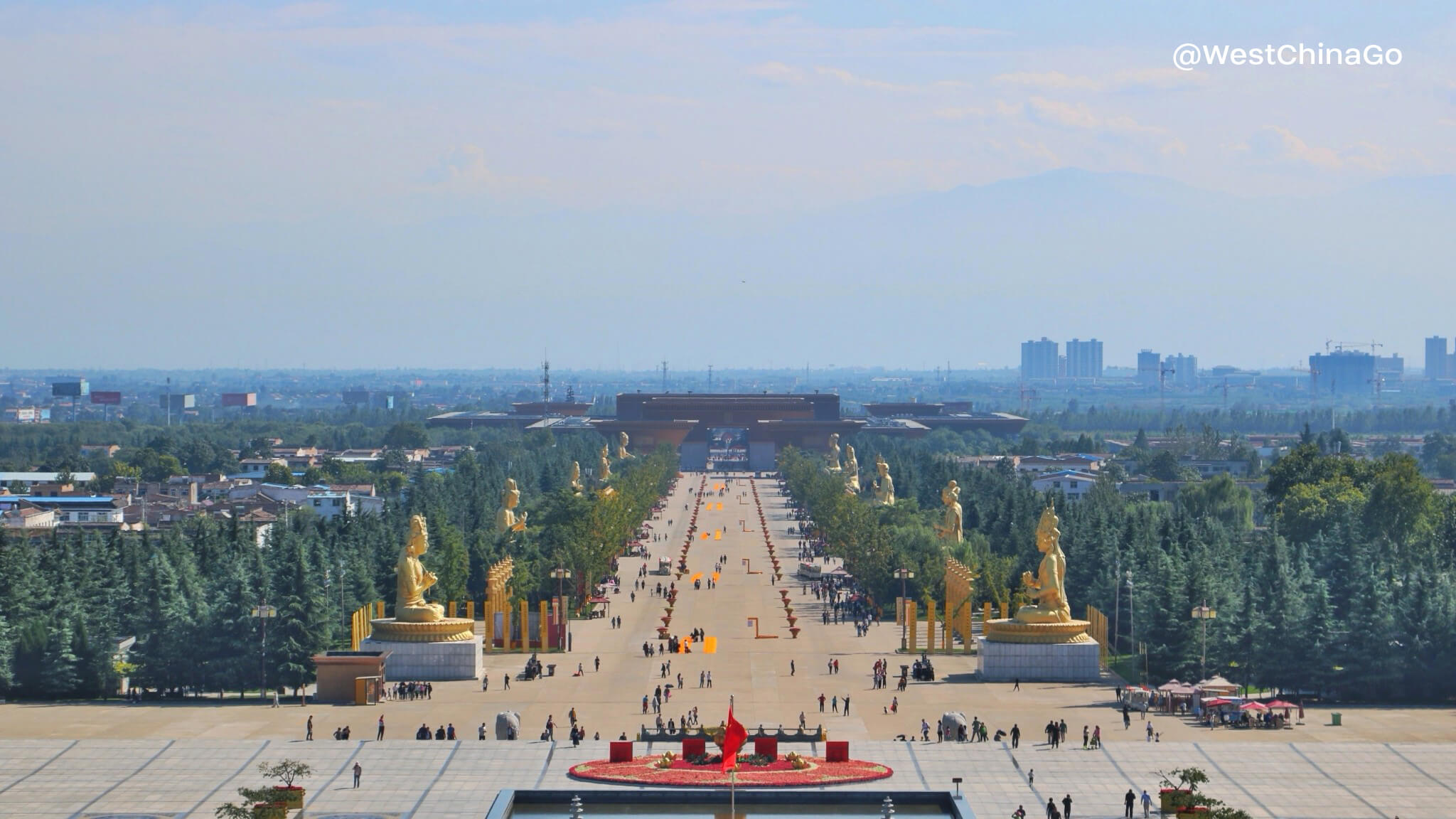 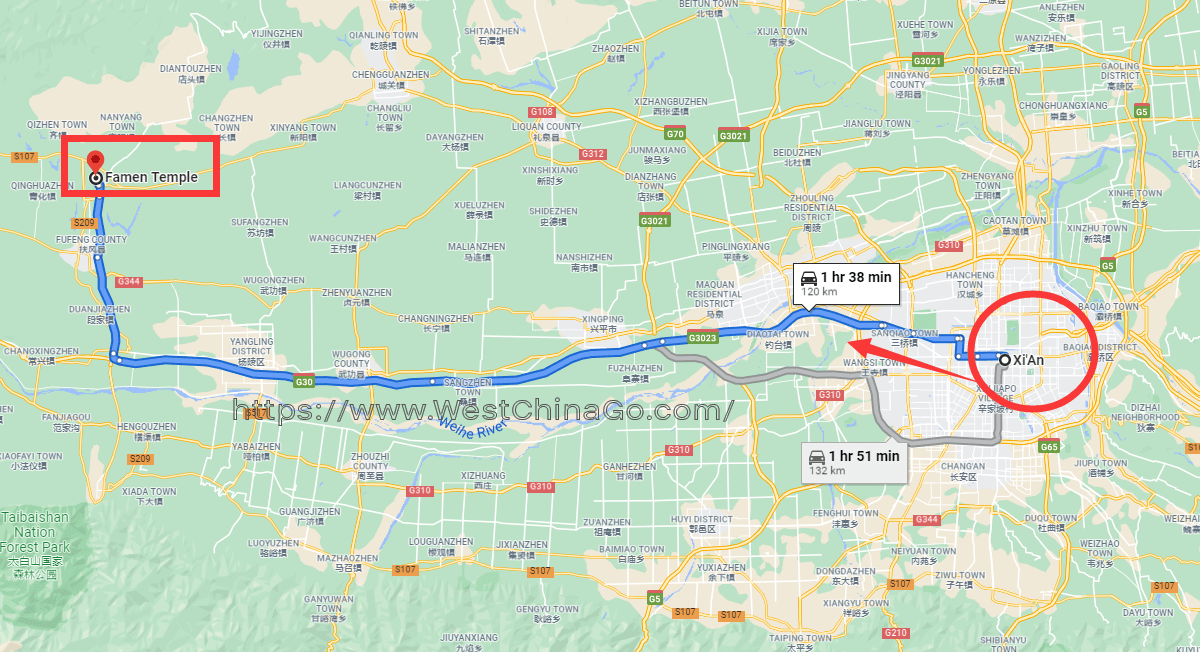 Famen Temple, located in Famen Town, about 10 kilometers north of Fufeng County, Baoji City, was built in the late Eastern Han Dynasty. This “royal temple” in the Tang Dynasty has become a Buddhist holy place that the whole country looks up to because it houses the “finger bone relics” of Buddha Sakyamuni, the most holy relic in the Buddhist world. Today’s Famen Temple is divided into two parts: the Tang Dynasty-style buildings on the site (Famen Temple and Treasure Hall) and the controversial new cultural scenic spot. You can buy a ticket to enter from the old site, or you can buy a ticket to enter the Shanmen Square on the west side of the new cultural scenic spot.
See all the treasures of Famen Temple

As a tourist, if you want to see all the treasures of Famen Temple, then the three places of the underground palace, the treasure hall in the Famen Temple on the old site, and the Heshi stupa in the cultural scenic spot must be visited again, because of the three “shadow bones” ( The jade is specially made according to the shape and size of the real bone to protect the real bone) and stored in the underground palace; the unearthed treasures of the Tang Dynasty royal family for the Buddha are displayed in the treasure hall; and the most precious “Buddha Finger” “(Real Body) Relic” was placed in the Heshi stupa on the east side of the cultural scenic spot. This newly built building was unfortunately ranked as the top ten most ugly buildings in a certain year.

If you enter the scenic spot from the Shanmen Square on the west side of the cultural scenic spot, you will see the 1km-long Foguang Avenue in front of you. On both sides of the avenue stand ten giant bodhisattvas shining with golden light. The east end of the avenue is the Heshi Relic There is a sightseeing car on the tower and the avenue. It costs 30 yuan for a round trip and stops when you beckon. The Buddha’s finger bone relics are only open to the public on the first and fifteenth, weekends and major holidays of each lunar month.
Famen Temple and Treasure Hall are located to the southwest of the cultural area. Below the real body pagoda in the temple is the underground palace where the “Buddha’s Finger Relic” was found. Now three “shadow bones” can be viewed up close in the underground palace. From the underground palace, you can also stroll around in the clean temples. There are bell and drum towers, Daxiong Hall and Fangsheng Pond, all of which are typical Tang Dynasty style buildings.

Hundreds of treasures are placed in the treasure hall
In the adjacent treasure hall (also known as the museum), there are exquisite cultural relics unearthed from the underground palace on display. You can admire hundreds of treasures offered to the Buddha by the Tang royal family. Among them are: the eight-fold treasure letter with the relics, the twelve-ring tin rod, the pure golden pagoda, the white marble tent, the secret color porcelain, the tea set used by the emperor, and so on. Some of these treasures are made of pure gold, some of the craftsmanship of the treasures has been lost, and some are the only ones in the world, reflecting the extreme wealth of the Tang Empire and the sincerity of the royal family to worship Buddha at that time.
There are catering and accommodation services around Famen Temple, and most tourists will choose to return to Xi’an for accommodation. There is a Foguangge Hotel near the west side of the cultural scenic spot, where you can eat special vegetarian food, but the price is not cheap. There are fast food options near the old site, or you can bring your own dry food.