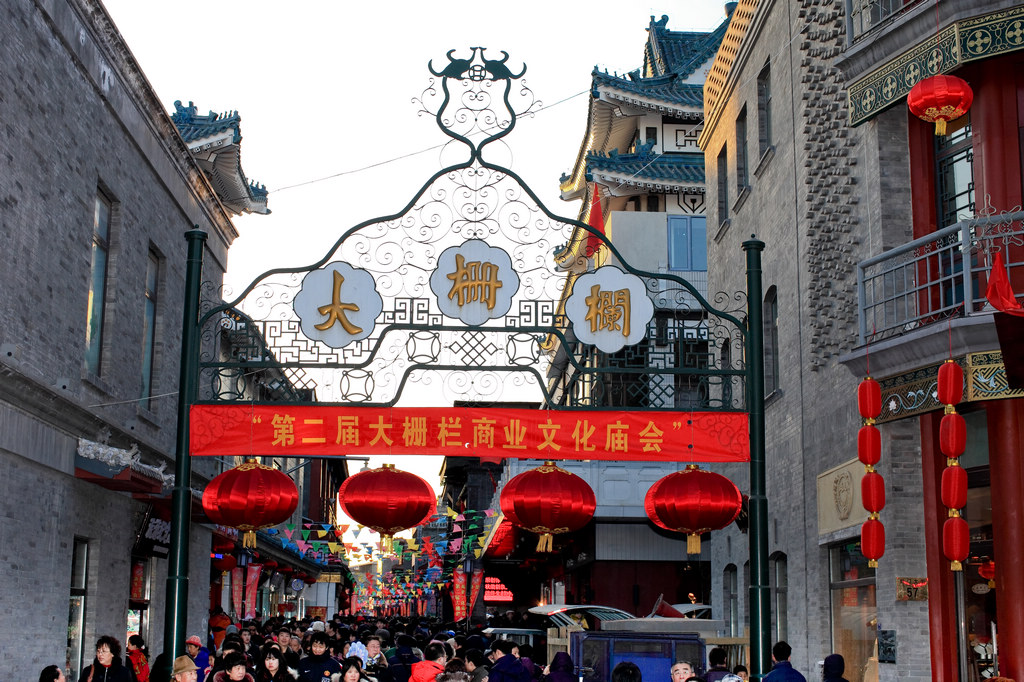 Dashilan is a famous commercial street outside Beijing’s Qianmen. It refers to a large area including Dashilan Street and Langfang Toutiao, Grain Store Street, and Meishi Street. Dashilan is located in the center of ancient Beijing and is an important part of the South Central Axis. It is located south of Tiananmen Square and on the west side of Qianmen Street, with a total length of 275 meters from east to west.

The origin of Dashilan dates back to the first year of Xiaozong Hongzhi in the Ming Dynasty. At that time, there was a “curfew” in Beijing. In order to prevent thieves from hiding in the streets and lanes, the imperial court approved the construction of wooden fences at the intersections of many streets and lanes in Beijing.

·The shopping, catering, entertainment and other shops in the block are lined up, and the time-honored brands are listed among them. It is a must-choice place to experience the culture of Beijing.
·It was once the entertainment center of Beijing. Many famous theaters, tea houses, bookstores, and the earliest movie theaters in Beijing’s history are located here. It is worth a visit.

Opposite Dashilan is the Xianyukou old-fashioned food street. The houses in the streets have been renovated. There are bluestone roads and red lanterns. Some shops still have slogans. There are people dressed up as buddies shouting at the door of the shop. There are small food stalls at the door. Many Beijing specialties candied gourd and pear noodle soup. Tea, lamb skewers, sugar-blowing man stall 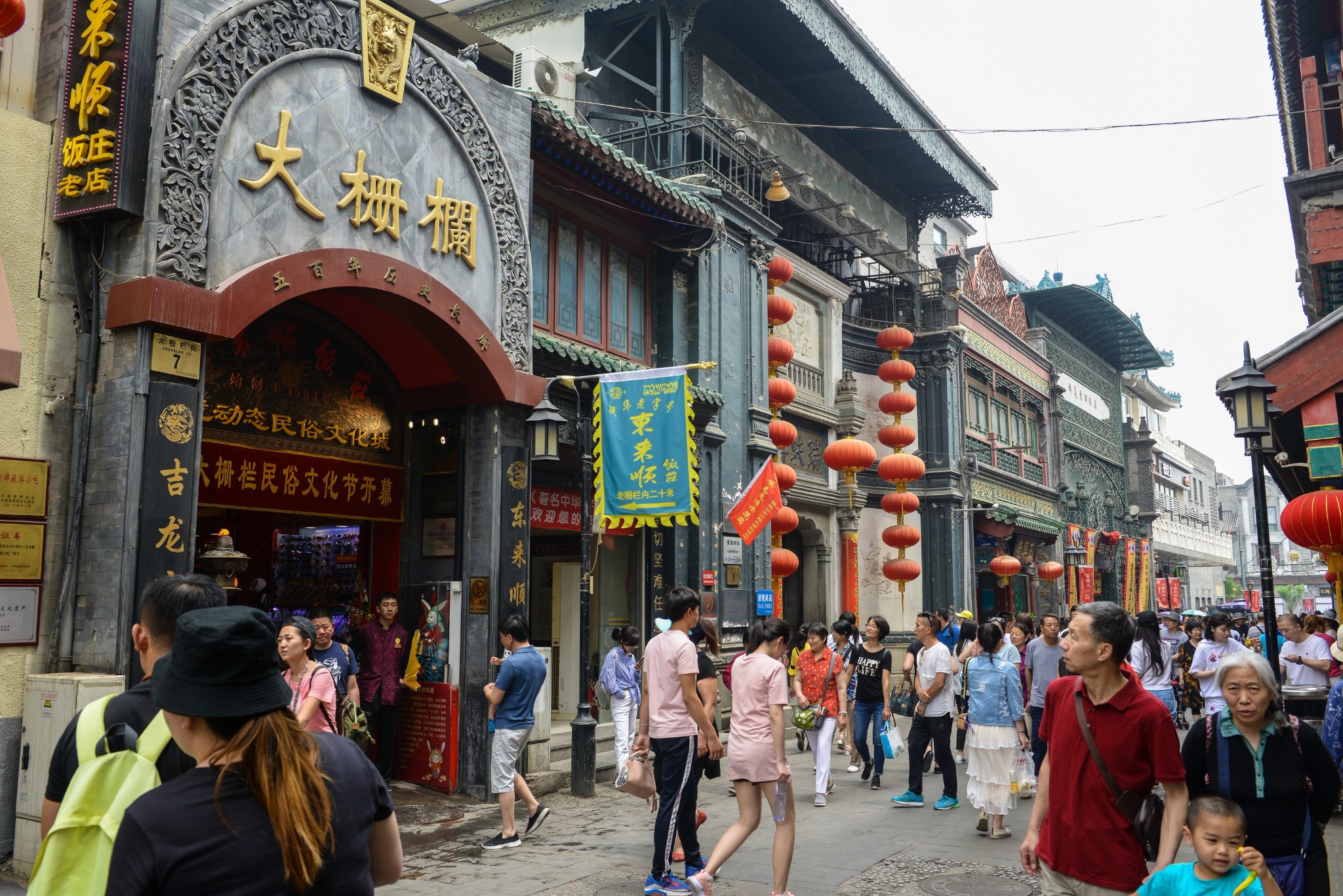 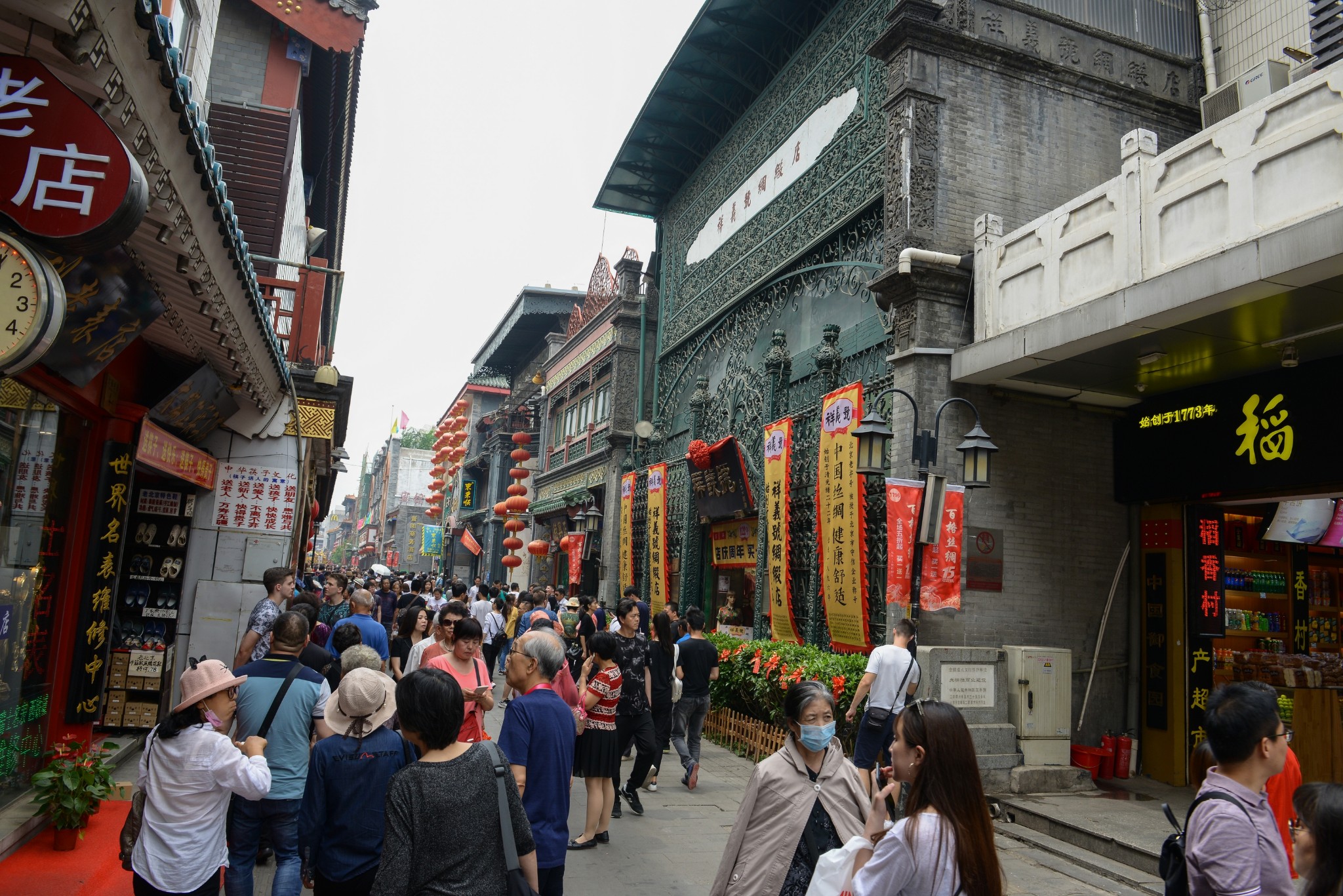 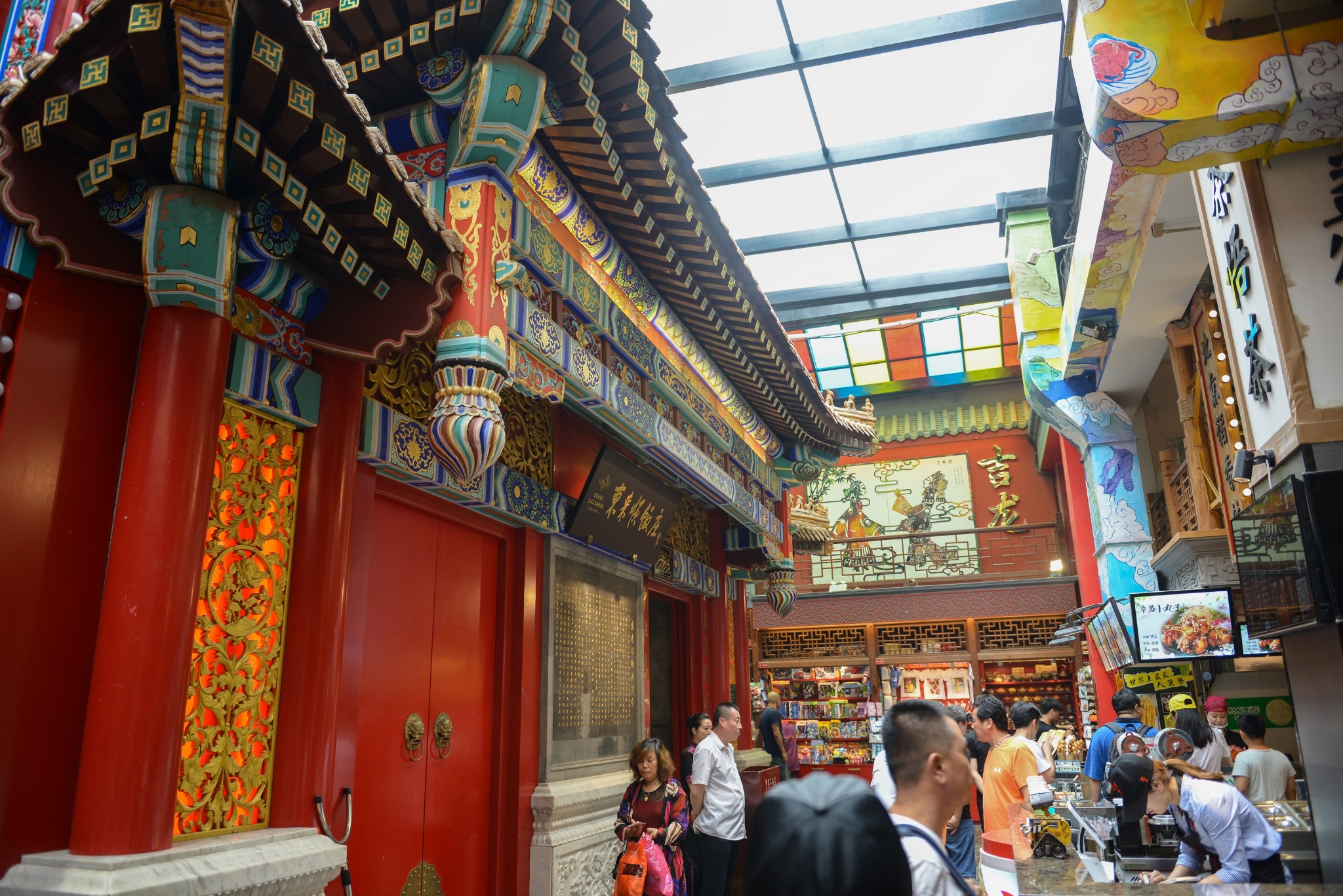 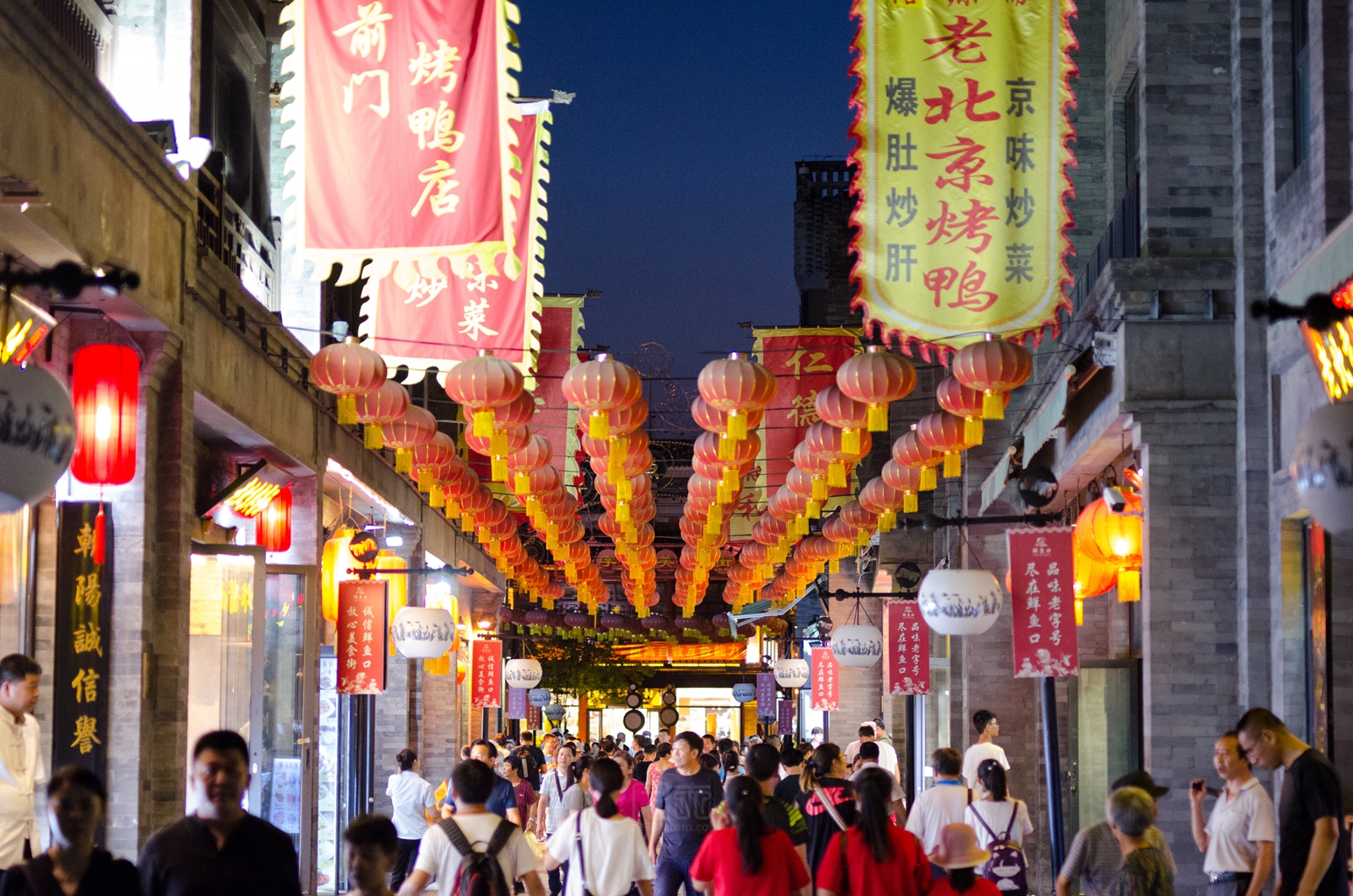 How To Get To Dashilan 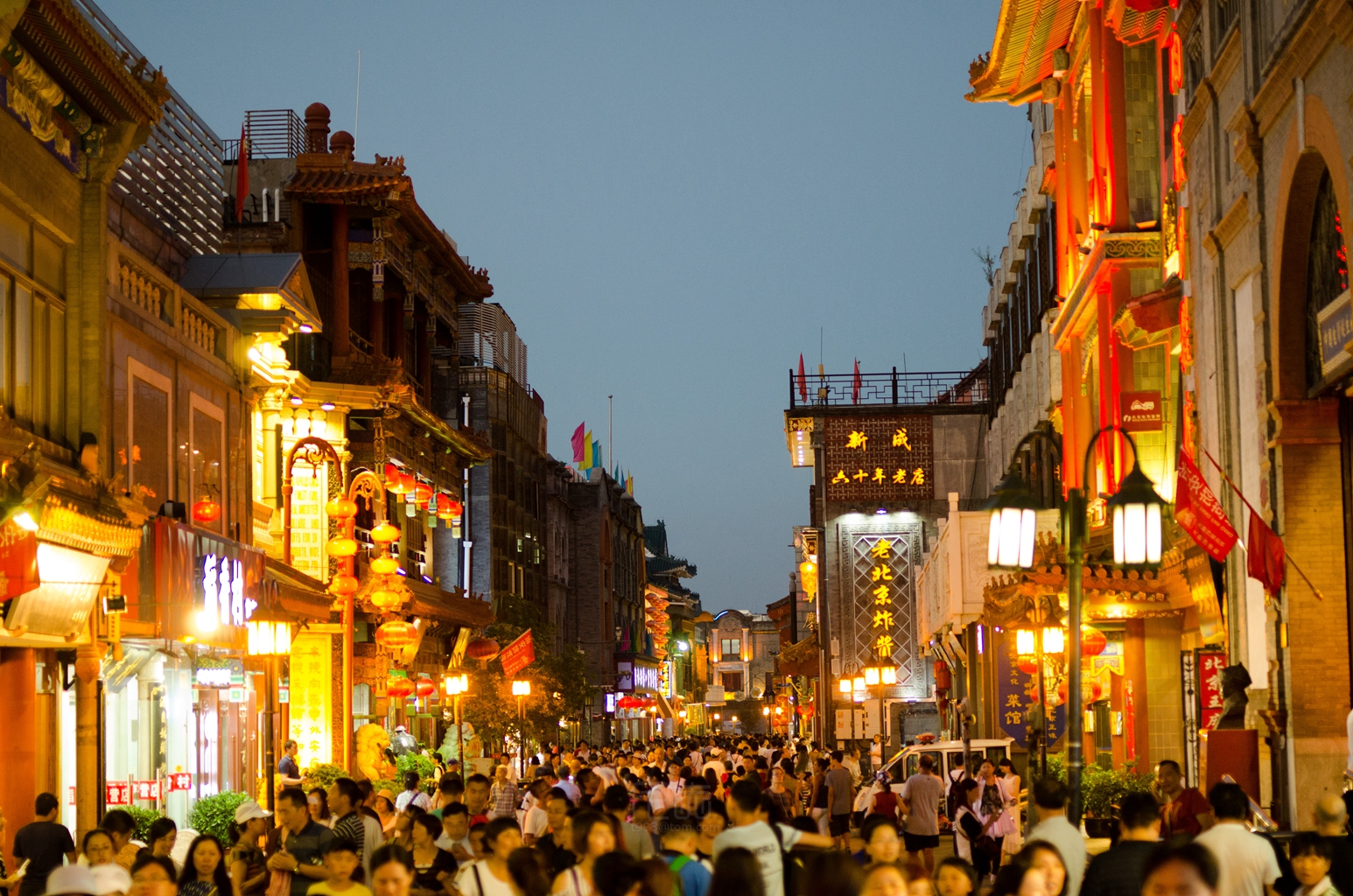