Gandan Monastery is located in the Dazi District, more than 40 kilometers east of Lhasa City, on the Wangpol Mountain Pass on the south bank of the Lhasa River, with an altitude of 3800 meters. It was built in the seventh year of Yongle in the Ming Dynasty (1409) and was destroyed during the Cultural Revolution. Since 1980, the People’s Government of the Tibet Autonomous Region has allocated funds for restoration.

The total construction area of the Gadan Monastery is about 30,000 square meters. It has three halls including the Cuoqin Hall, Tsongkhapa Hall, Sheep Eight Sutra Temple, Tsongkhabar Lingta Hall, and two dhartsang, Xiazi and Jiangzi. (Scriptures College), below Dhacang is Kangcun, and some secret villages are set up below Kangcun. The construction of the Gadan Monastery marks that the Gelug sect has a fundamental dojo, and the Yellow Sect has been established on the basis of the “religious reform.” 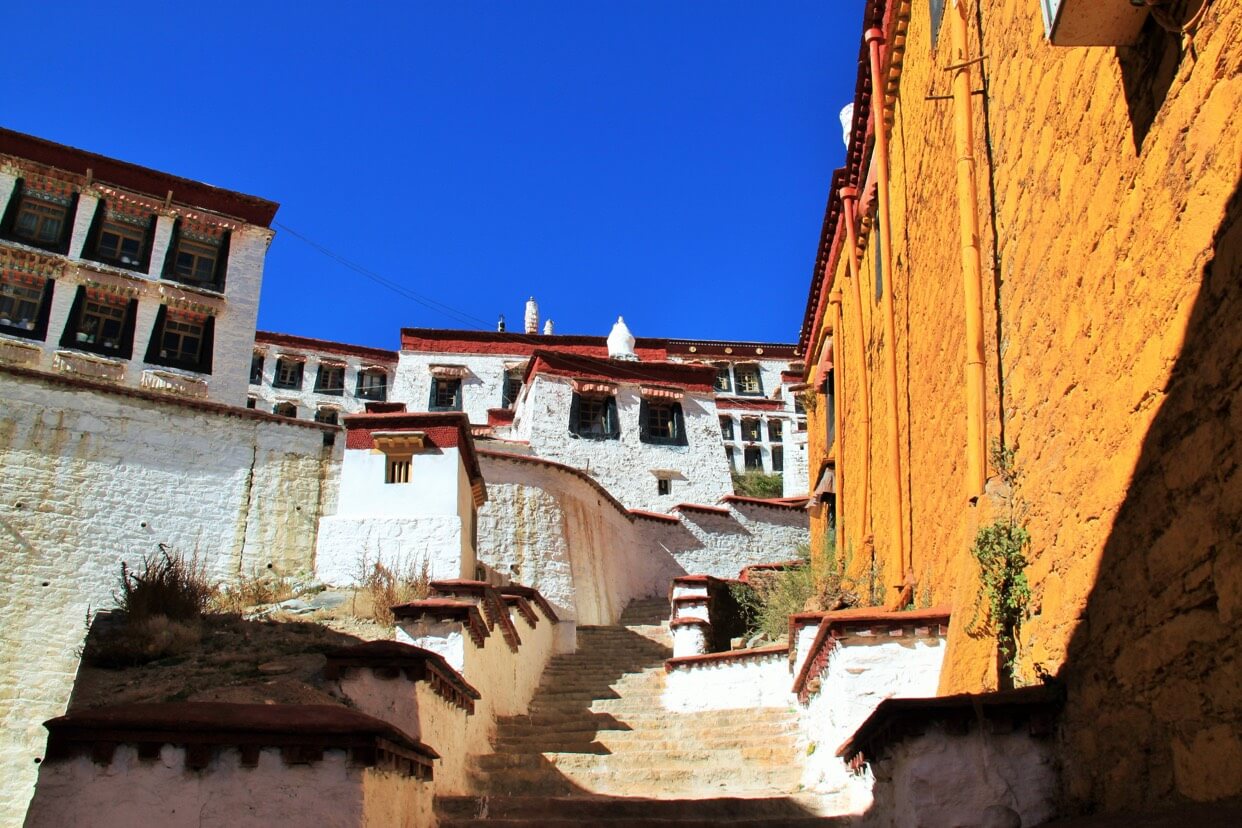 In order to promote his religious reform movement, Tsongkhapa established his own Buddhist base as a place to train his disciples and promote the teachings. The construction of the Gadan Monastery marked that the Gelug Sect had a fundamental dojo, and the Huang Sect had been established on the basis of the “religious reform.”