Guilin “two rivers and four lakes”,
The two rivers refer to the Li River and the Taohua River
The four lakes are Mulong Lake (iron-containing Buddha Pond), Gui Lake, Rong Lake and Shan Lake. The total length of the water system around the city is 7.33 kilometers and the water surface area is 385,900 square meters.

Night tour of two rivers and four lakes, you can enjoy the night view of Guilin’s water system around the city against the lights, experience the interplay between landscape and city, and taste the combination of history and humanities 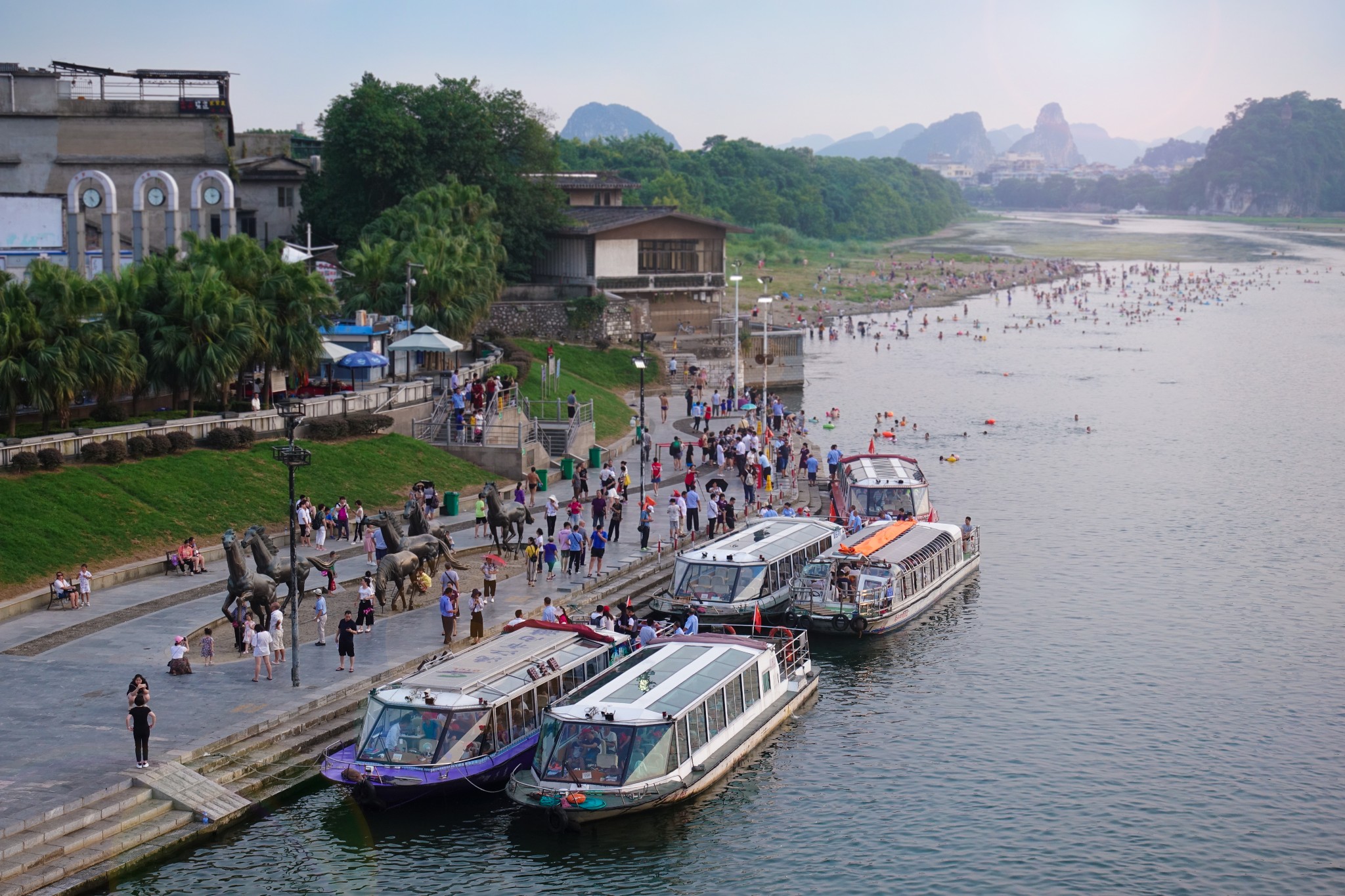 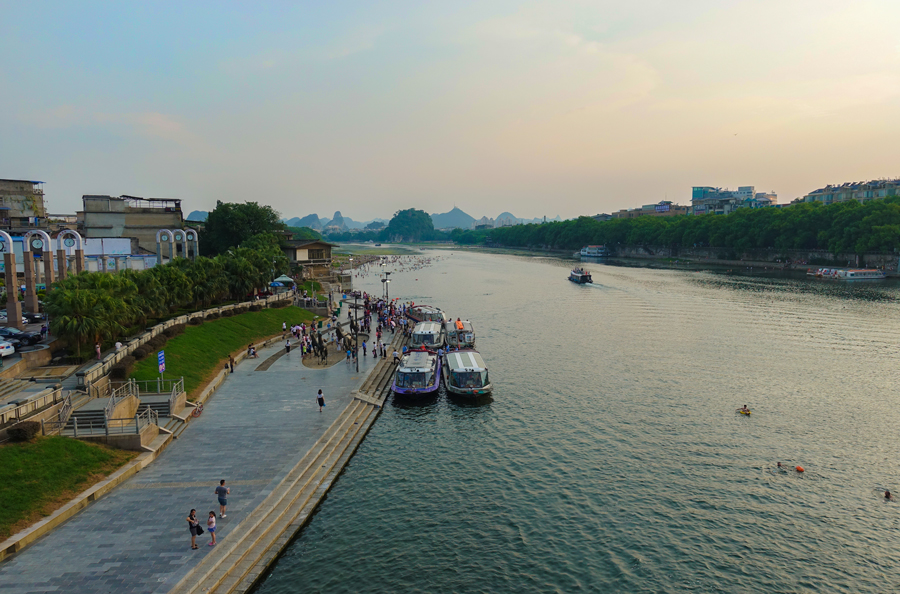 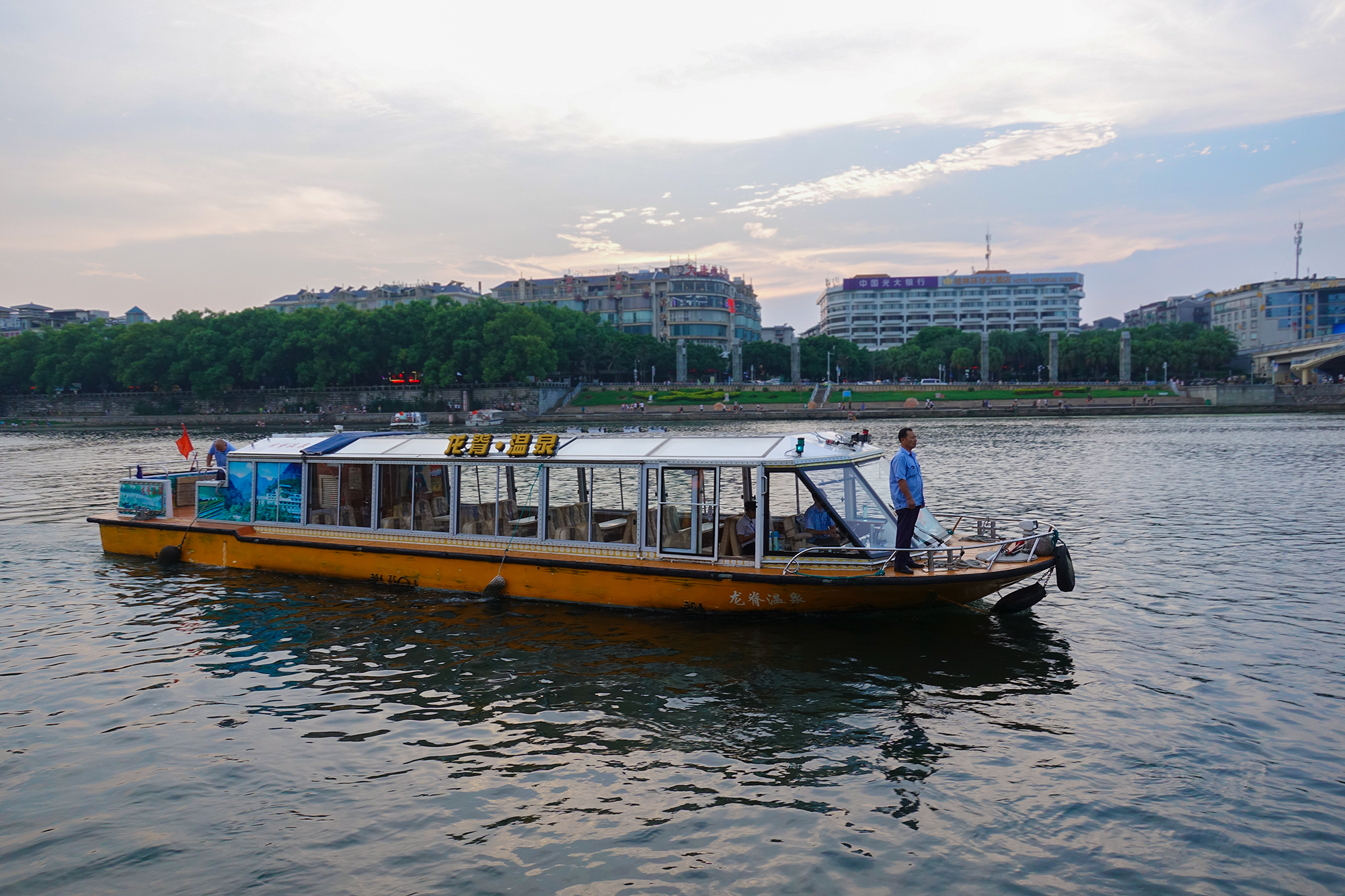 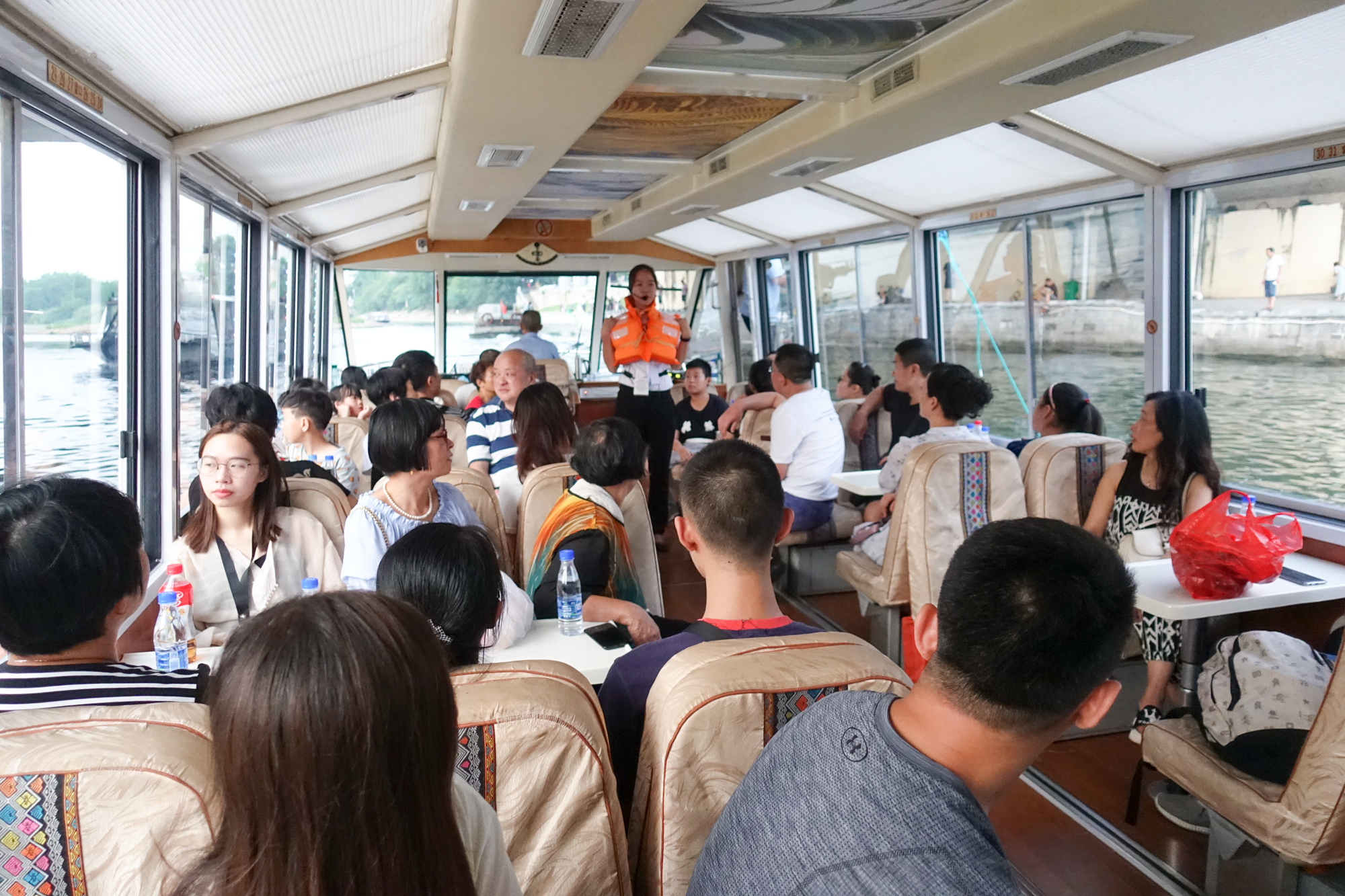 The ticket price at night is much higher than that during the day, but it is indeed more beautiful at night

There are Chinese docents on the boat to tell the origin of the names of various rivers and lakes, and the architectural history of some bridges, towers, etc., as well as the construction history of the two rivers and four lakes scenic spots.
It mentioned two ship lock structures to solve the terrain drop, and also felt that the hull completed the shuttle between the rivers and lakes with one lift and one drop. There is also a photographer on board, take pictures for free, and take pictures for a fee

Go to the ticket counter next to the boarding gate of the pier 20 minutes in advance and report your phone number and name to collect the ticket. Note: The cruise departs on time, please be sure to arrive at the pier in advance