Skip to content
You are here: Home » ZhangJiajie Tour, Travel Guide> »How To Get To ZhangJieJie China 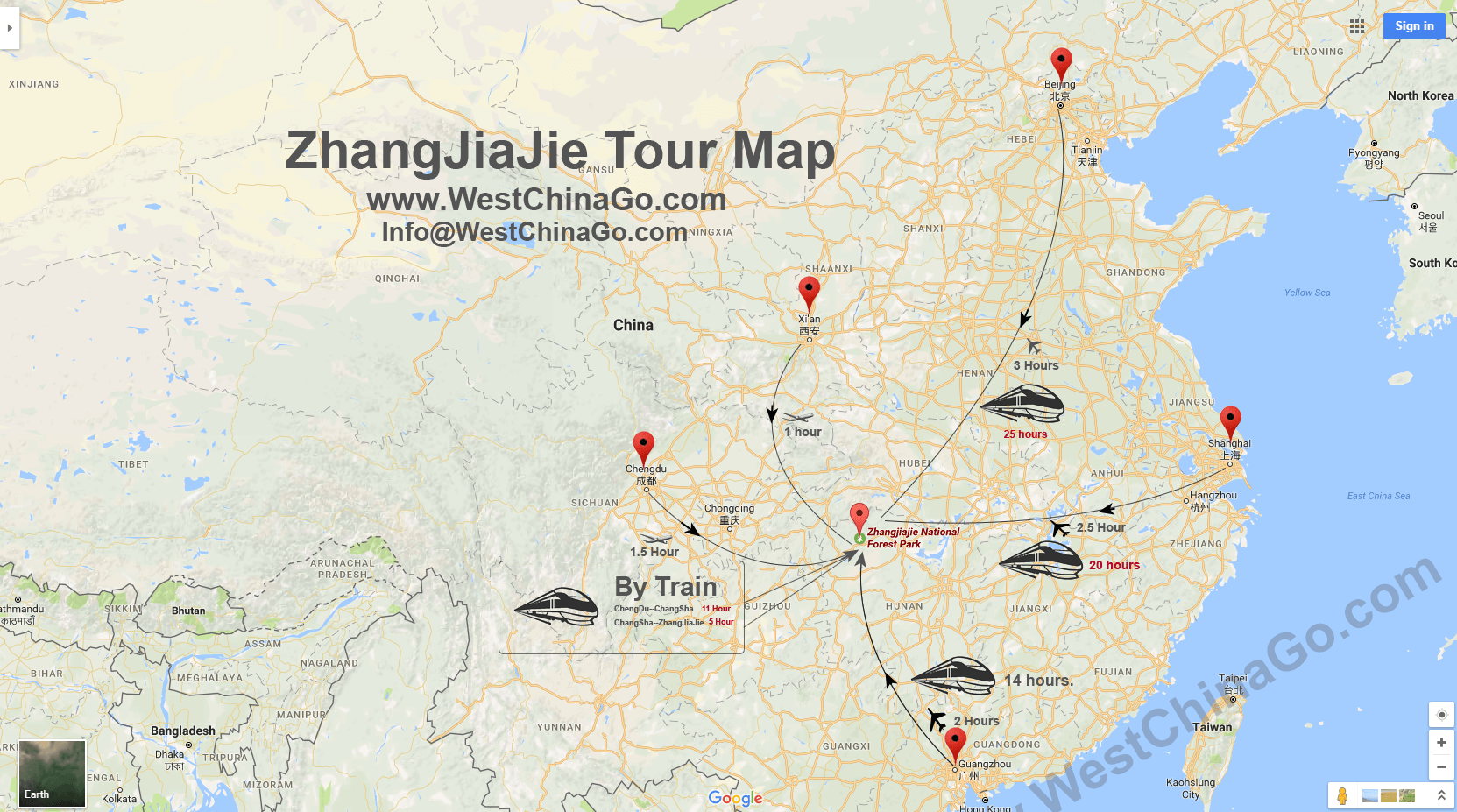 how to get to zhangjiajie national park
By Air
Zhangjiajie Lotus Airport is situated in the south suburb of ZJJ city, It is about 3-5 km to Zhangjiajie city center,and it is about 40 km from Zhangjiajie scenic area(Wulingyuan area). Nowadays, It is up to the state second-class airport standard, competent for taking-off and landing for medium airliners like Boeing 737，738 ，MD and so on. There is No.4 bus going from downtown to the airport. At present, Zhangjiajie Lotus Airport has opened several air routes to the large and medium cities in China, such as Changsha, Guangzhou, Shanghai, Nanjing, and Beijing. Visitors should check the local number for flights before purchasing tickets.

By Train
Zhangjiajie Railway Station was built in 1978. Though with only about 20 trains passing it every day, it has trains that connect Zhangjiajie with major cities, such as Beijing, Shanghai, Guangzhou, Shenzhen, Changsha, Nanning, Guiyang, Yichang, Zhanjiang and Zunyi. There are also departure trains to Guangzhou, Changsha, Nanning and Guiyang.

1) Beijing to Zhangjiajie: There are 3 trains every day, K267, K507/K510 and K967/K966, taking about 25 hours for each ride. No trains to Zhangjiajie are available in other cities in North China, so visitors in those areas need to go to Beijing to take train to Zhangjiajie.

2) Shanghai to Zhangjiajie: Every day there is one train (K533) which departs from Shanghai South Railway Station to Zhangjiajie. The train ride takes about 20 hours. It is convenient for passengers in East China to take this train for Zhangjiajie.

By Bus
Zhangjiajie Central Bus Station is located in the west part of the new train station square in Guan Li Ping Street, Yongding District of ZJJ, the new-built Central Bus Station which is invested by Zhangjiajie Economic Development Investment Group, covers an area of 300-odd mu (approximately 20 hectares) with a main building of 8000-odd square meters. Enjoying a 2000-odd-capacity waiting room and a 300-odd-capacity parking lot, the new bus station is designed to reach a passenger flow volume of more than 15,000 in rush hours. It is a huge step forward in terms of bus station construction concerning its well-equipped facilities.

From ChangSha To ZhangJiaJie