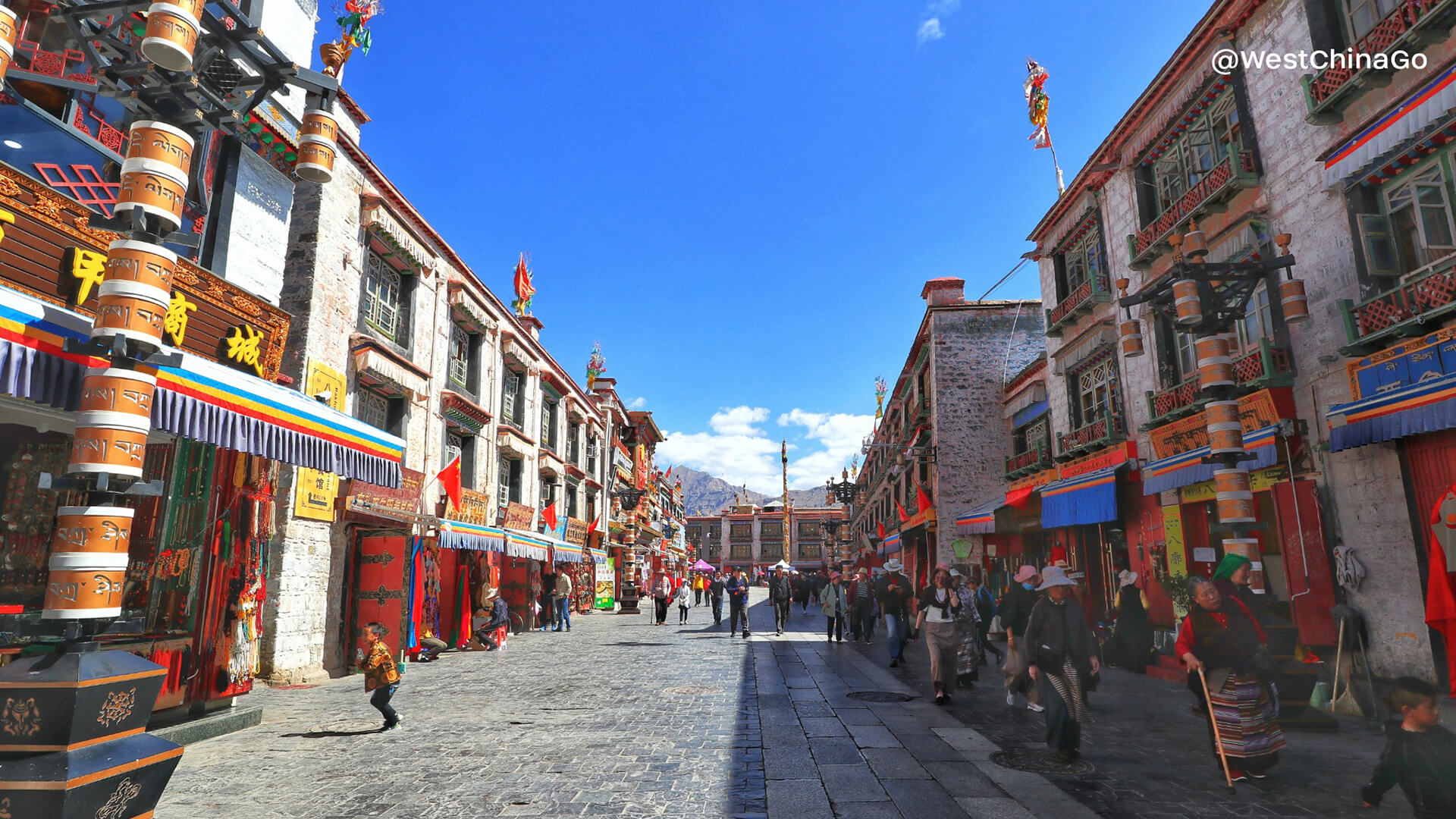 In Tibetan, “Barkhor” means “transit meridian”. Barkhor Street, also known as Bajiao Street, is located in the Old City of Lhasa. It is a well-known transit road and commercial center of Lhasa. It has preserved the traditional appearance and living style of the ancient city. The original street of Barkhor Street is just a single transit road around the Jokhang Temple, which Tibetans call the “Holy Road”.

Tibetan carpets, Tibetan knives, card cushions, aprons, ethnic clothing, ethnic shoes and hats, gold and silver jewelry, and various traditional handicrafts are all traditional handicrafts with strong local style and ethnic characteristics. The Bajiao Street in Lhasa is the most famous small commodity street in Lhasa. It is also an ancient and sacred place in Lhasa. It can be a long time on the Bajiao Street. You can buy souvenirs. Remember to bargain.

You can also taste authentic Tibetan food on Bajiao Street. Tibet’s medicinal materials are well-known in the world. When you go to Tibet, don’t miss to buy or watch Ganoderma lucidum, saffron, cordyceps, Tibetan antelope horn, snow lotus, etc., as well as various energetic compound Tibetan medicines prepared, processed and concocted by lamas and Tibetan medicine secret recipes. In Bajiao Street, you can buy a large album “Tibet” for 180 yuan, and a larger album “Tibetan Buddhist Temple Mural” for 650 yuan. Tips: If you buy a hidden knife, you can’t bring it by plane, nor can it be checked in. 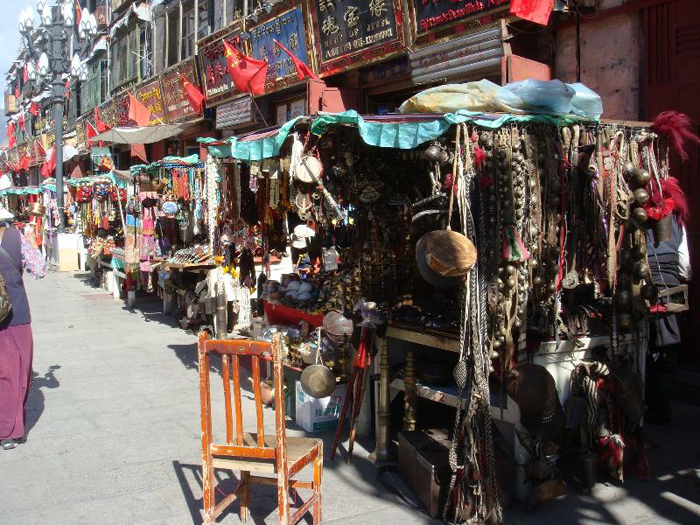