· Songtsen Gampo was built to commemorate Princess Wencheng’s entry into Tibet; people often say that “there is the Jokhang Temple first, and then the city of Lhasa”.

·The most remarkable thing is the twelve-year-old statue of Sakyamuni brought by Princess Wencheng when she entered Tibet; the reason why Lhasa is called the “Holy Land” is related to this statue of Buddha.

·Don’t forget to board the third floor platform. This is a good place to look at the Potala Palace and overlook the Jokhang Temple Square. 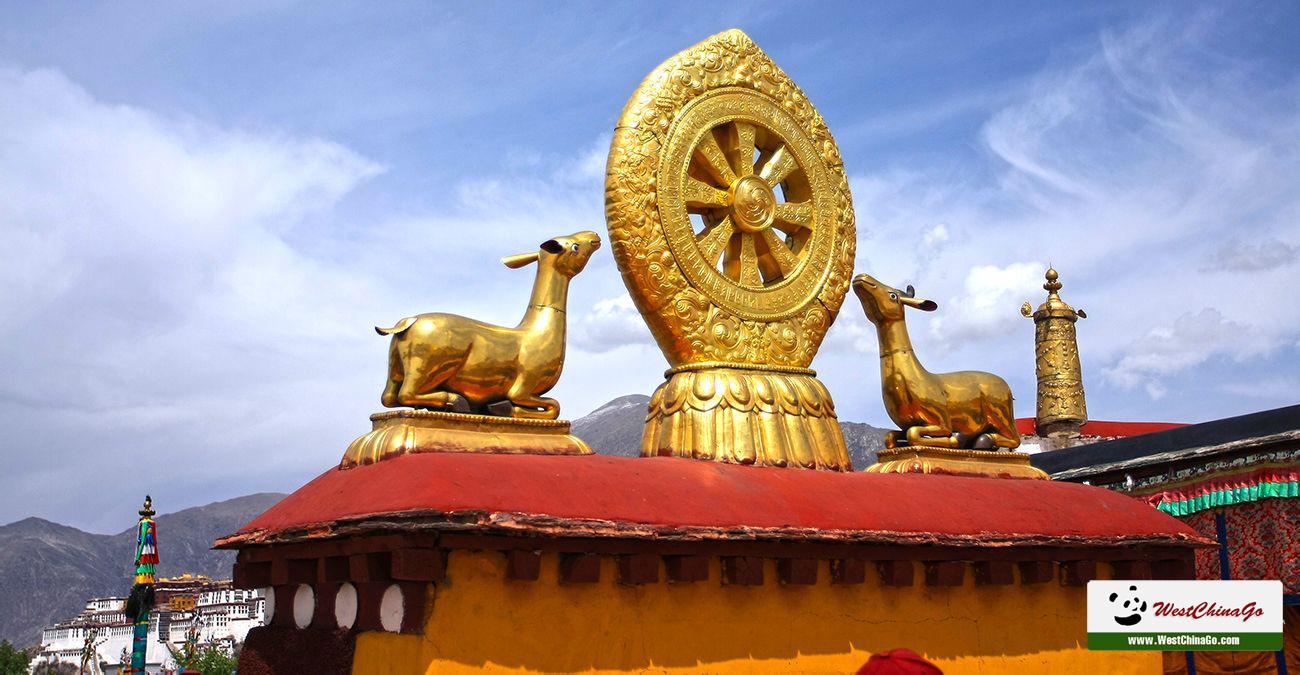 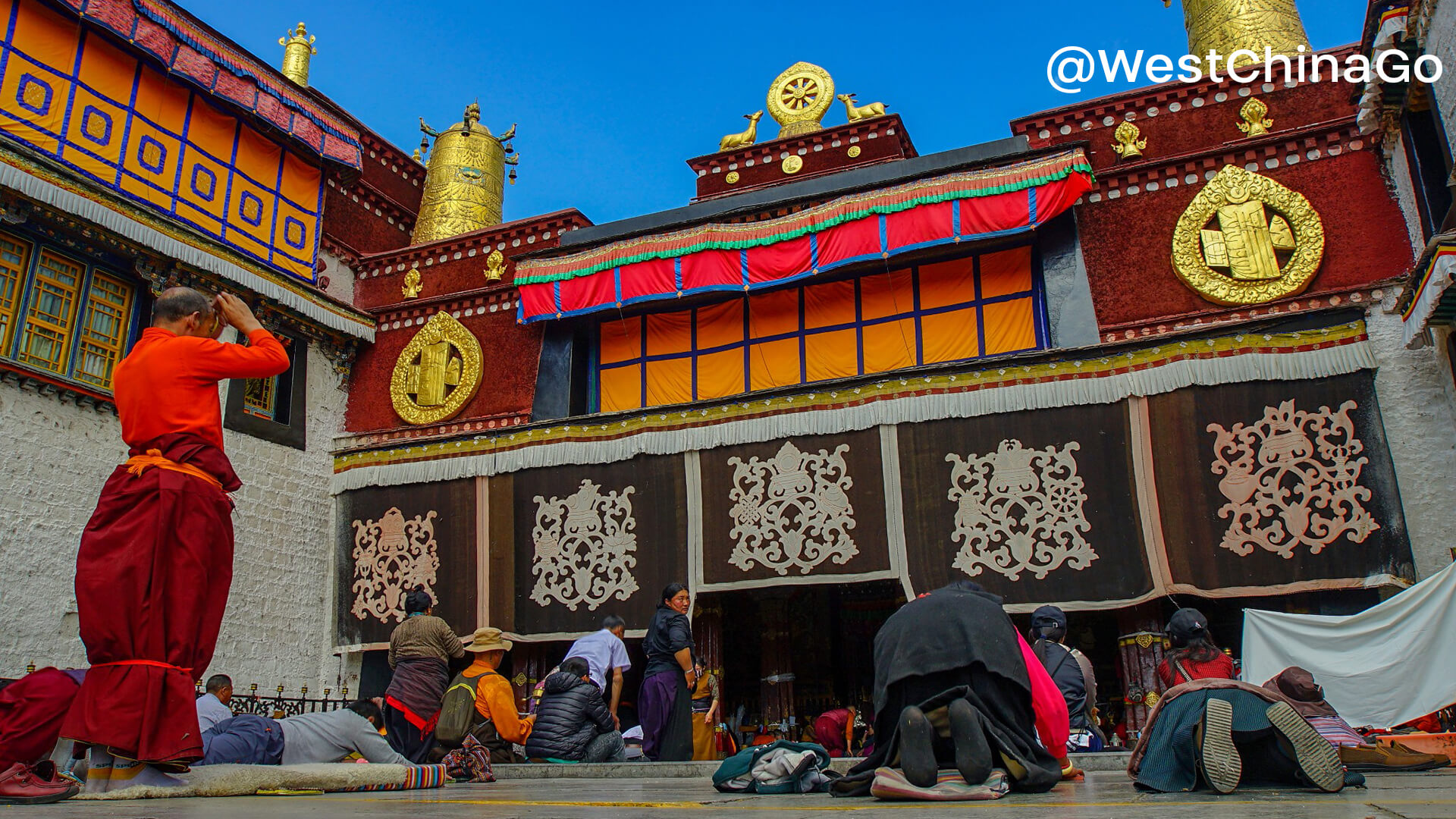 Tibet has strong ultraviolet rays, and many tourists wear sun hats, sunglasses, and hold cameras. When visiting the inner temple, you need to take off your sunglasses and hat. Of course, you are not allowed to take pictures.

If a Tibetan passing by or kneeling down and bumps into you, don’t be afraid. They don’t have any malice, but they simply focus on worshipping Buddha and don’t care about other etiquette.