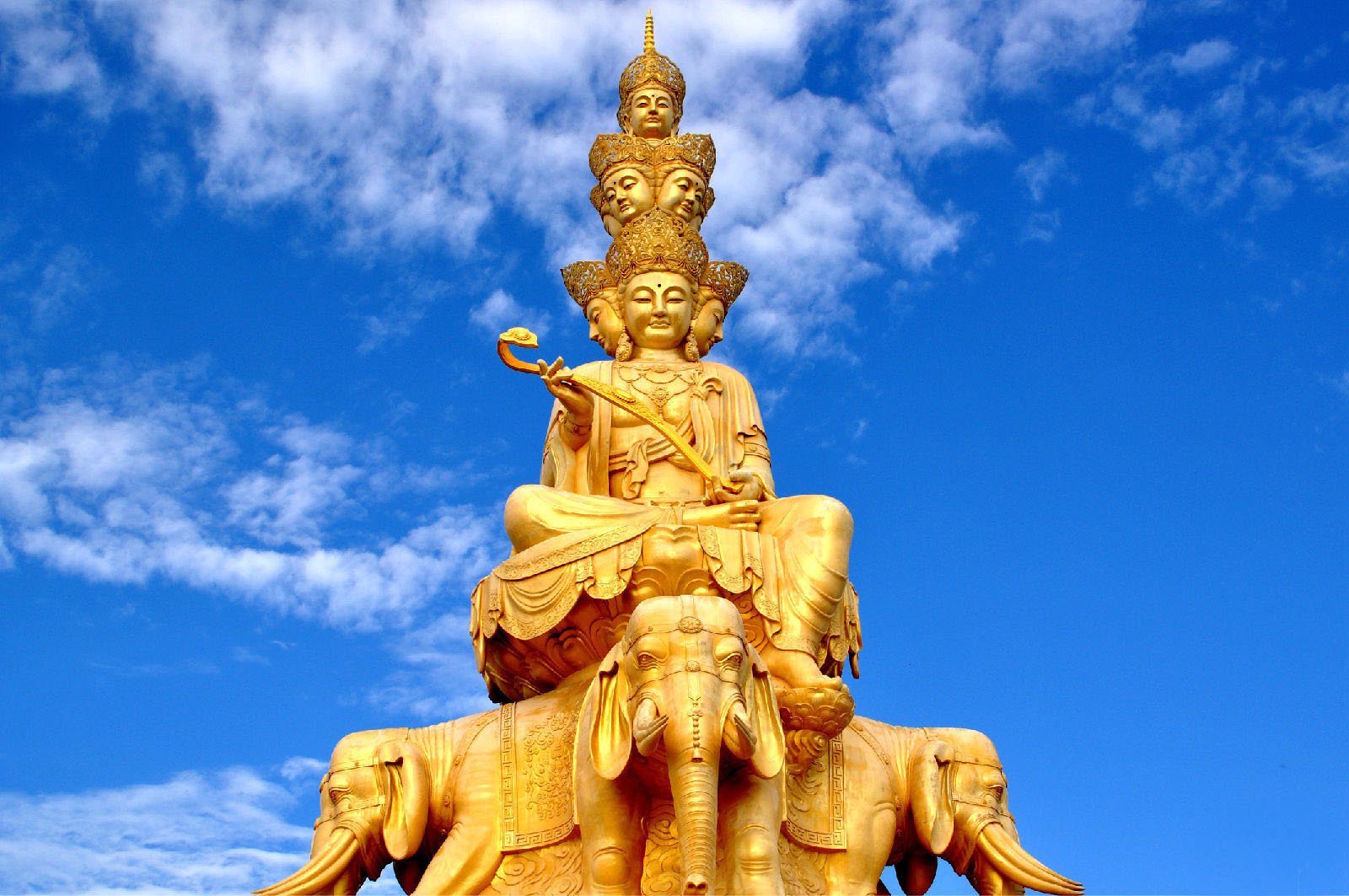 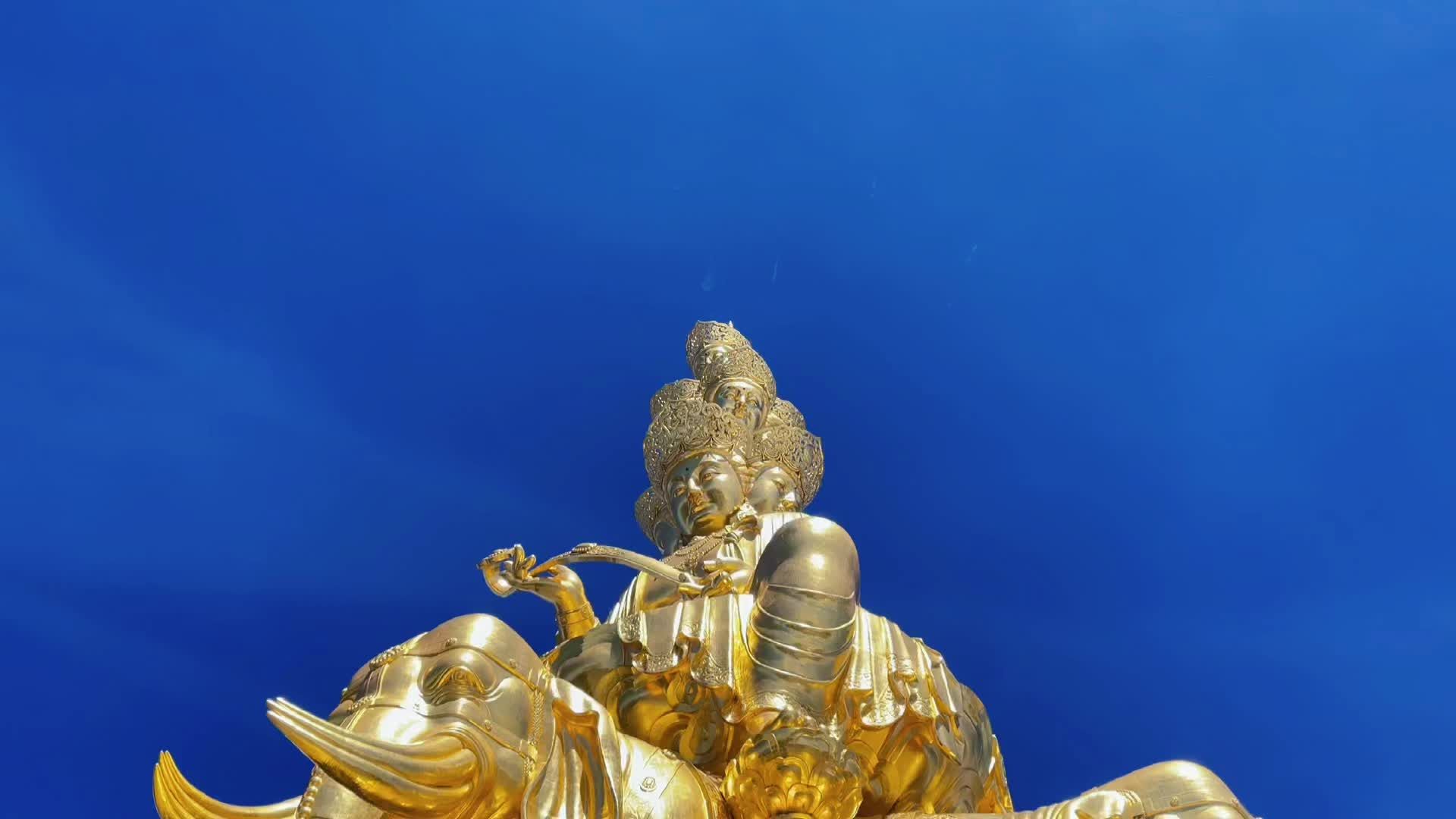 Stay overnight in Golden Summit,in the early morning,standing on the Golden Summit to appreciate the sunrise is a fantastic experience in the lifetime. The pre-dawn sky is wonderful.

In the afternoon, at the foot of the Sheshen Rock, every place is full of pure white clouds. Then an aura the color of red, orange, yellow, green, black blue, blue and purple extends within a radius of around one to two meters (about 3 to 7 feet). It looms and shines in the center like a mirror. Back against the sunlight from the west, sometimes you can find your own shadow in the aura.

And your every action is followed by the figure in the aura, as if you were facing a bright mirror. To your most surprise, even if millions of people were viewing at it or two persons hugging each other were enjoying it, they could only see themselves. And this is the magic Buddha rays, which are rare in other places but appear in Mt. Emei frequently. 3.Clouds Sea
The fine day allows clouds floating in the clear sky freely. Rising from or just being around the countless peaks, clouds form into a white carpet covering on the ground without boundaries.

When the sky is clearly blue, white clouds rise slowly among the mountains. Just in a moment, vast clouds sea appears above the horizon like a snowy white woolen blanket, smooth, clean and thick. Sometimes there are clouds either above the horizon or in the sky, so people stand between two clouds layers, which make you feel like a supernatural being.

When wind comes, the clouds sea is wafted to all the directions and then mountains become small islands floating in an ocean; when the clouds sea gathers together, peaks are invisible again; when wind gets strong, the clouds sea sometimes moves at a full gallop like a horse; sometimes makes a welter like a big wave of the sea; sometimes becomes elegant and stretching like a fair lady. The most sublime scene is that once in a while you have the chance to enjoy countless cloud columns in the shape of mushroom. They fly up to the sky, and then sprinkle gradually and then turn into filmy flowing clouds. In Golden Summit, the sky before the dawn is amazing. The ground and the sky are in the same dark purple. Then gradually wisps of rosy clouds appear above the horizon indicating the coming of a pleasant day. Under the pink clouds on the royal purple velarium, all of a sudden, a small mauve point comes out and rises slowly, and then little by little it becomes an arc and then a semicircle. The color turns from mauve to jacinth and then golden red. At last the semicircle makes an elegant jump thus the sun appears in the east sky.

Due to the different weather conditions and seasons, the sunrise is varied. On a fine day you can enjoy the whole process of the sunrise. If there is cloudy haze in the east sky, it is already a red sun far above the horizon when you see the sunrise; if the sky is covered with cloud, you can only see the sunglow and clouds sea sometimes.

After the sunrise, millions of sun rays shoot onto the ground. At this time the Mt. Emei is gold in color, from the head to the feet, showing all her glamour to the visitors. 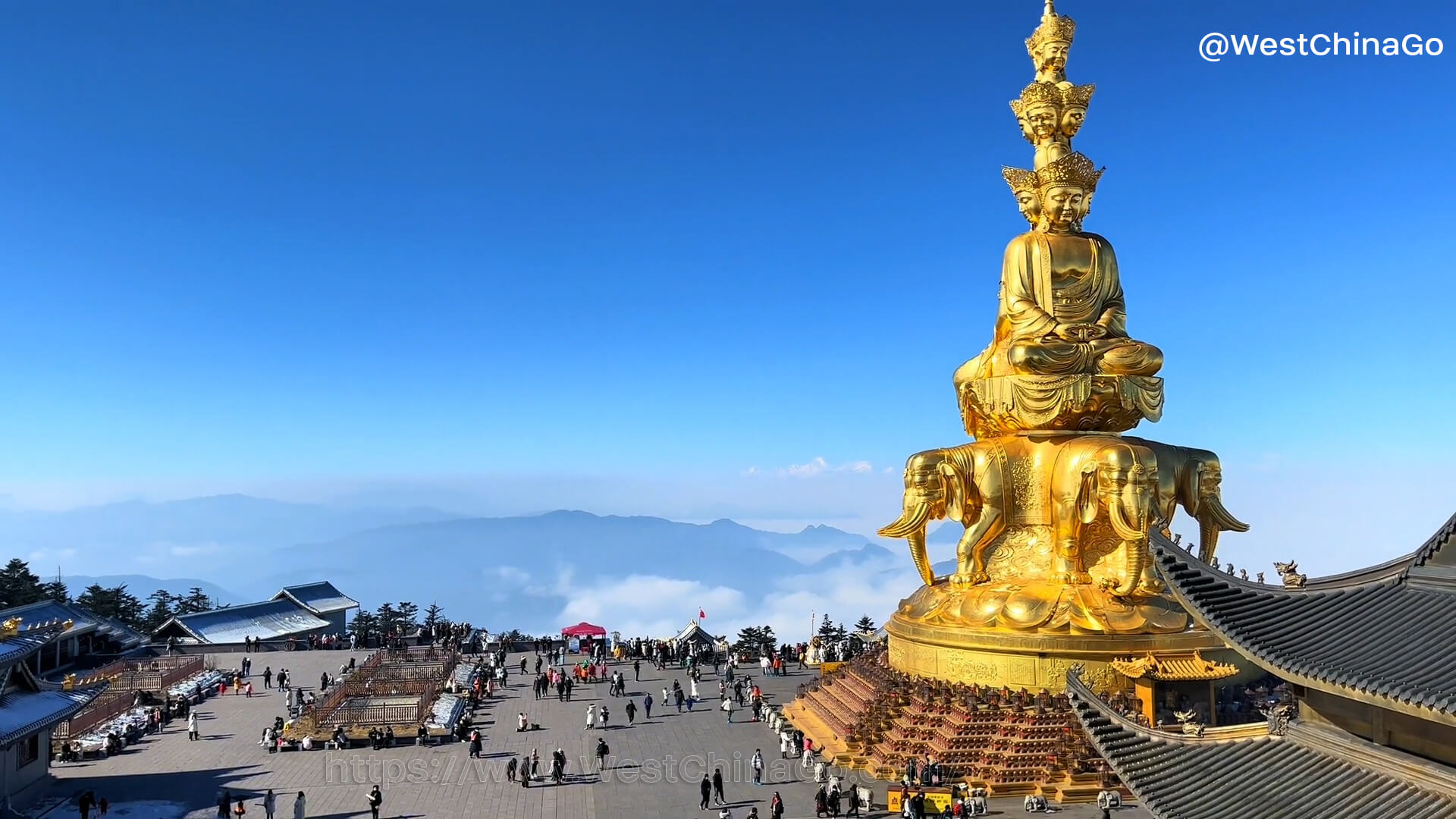 5.Buddha Rays
The special feature of the Golden Peak is ‘mysterious Buddha rays’, a natural phenomenon that can be observed several times a month .On the top of the mountain, a circle of violet, indigo, blue, green, yellow, orange and red lights may be observed in the clouds, and you may feel as if you were caught in the circle, which moves with your shadow. This is the famed “precious Emei lights” or “mysterious Buddha rays”.

In the dark nights of Golden Summit, occasionally, you can see a point of fluorescence flowing between the valleys, then changing into several and step by step into numerous. This is the famous scenery saint lamps in Mt. Emei. Golden Summit  is the highlight of Mount Emei, an important attraction integrating the temples and scenic sites together. In 1983, it was classified as one of the national Han Chinese Buddhist temples.