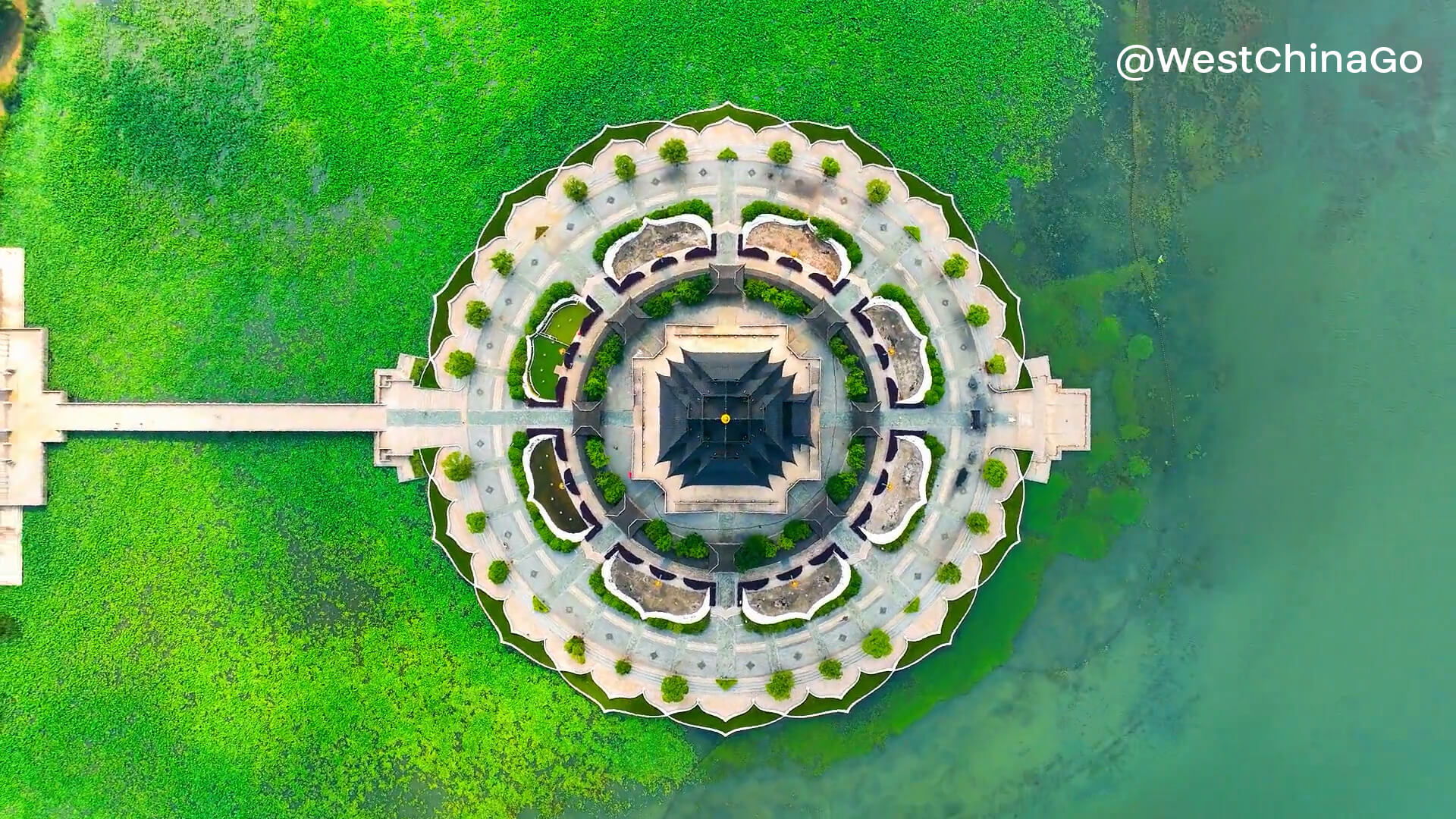 Chongyuan Temple was built in the second year of Tianjian (503 AD) in the period of Emperor Liangwu of the Southern and Northern Dynasties. It was only one year apart from the Hanshan Temple built at the same time, and it has a history of 1504 years.

In history, Chongyuan Temple, as a place of Zen Buddhism, was very popular with incense. The reconstructed Chongyuan Temple is located in the beautiful Yangcheng Lake Peninsula. The biggest feature is the 33-meter-high Guanyin statue in the Water Guanyin Courtyard.

The buildings of the temple include Shanmen, Tianwang Hall, Bell and Drum Tower, Daxiong Hall and so on. The Daxiong Palace has a construction area of ​​2,100 square meters and is the largest single building among the temples in China. The Guanyin Island in front of the temple enshrines the main statue of Guanyin, which is currently the largest indoor 33-meter-high statue in China.

Overlooking the Chongyuan Temple from Yangcheng Lake, the majestic Daxiong Hall is magnificent, the Guanyin Pavilion with its flying eaves and corners is magnificent, plus the main building of the temple and the Guanyin statue, which can be called a giant domestically made Guanyin statue, copper cavity leather drum, island Guanyin wall and energy The bronze bell that made the first sound of the first law of the Tang Dynasty, etc., reproduced the style of Chongyuan Temple in those days.

The heaviest indoor Kwan-yin Statue in China – 88t of bronze

The largest leather drum with a copper kettle – a diameter of 2.19m