Established in 1925, the Palace Museum was installed in the imperial palace of two consecutive dynasties – the Ming (1368-1644) and the Qing (1644-1911). It is one of the most prestigious museums in China and the world at large.

From Ancient Beijing city’s planing and design, to completion of forbidden city,the function of gate; hall;palace;architecture feature;symbol;historical event;Anecdotes; together with history of ming and qing dynasty, will open you big window of new world.

other than architecture, you can understand every Chinese name’s potential meanings, every palace’s significance, which are emperor’s masterwork;the time of palace open or close,the behind story of treasure(check the video)…….

As culture treasure, it take time to visit instead of rapid tour.

The Forbidden City was the Chinese imperial palace from the Ming dynasty to the end of the Qing dynasty—the years 1420 to 1912. It is in the center of Beijing, China, and now houses the Palace Museum. It served as the home of emperors and their households as well as the ceremonial and political center of the Chinese government for almost 500 years.

Constructed from 1406 to 1420, the complex consists of 980 buildings and covers 72 ha (over 180 acres). The palace complex exemplifies traditional Chinese palatial architecture, and has influenced cultural and architectural developments in East Asia and elsewhere. The Forbidden City was declared a World Heritage Site in 1987, and is listed by UNESCO as the largest collection of preserved ancient wooden structures in the world.

Since 1925 the Forbidden City has been under the charge of the Palace Museum, whose extensive collection of artwork and artifacts were built upon the imperial collections of the Ming and Qing dynasties. Part of the museum’s former collection is now in the National Palace Museum in Taipei. Both museums descend from the same institution but were split after the Chinese Civil War. With over 14.6 million visitors in 2015, the Palace Museum is the most visited art museum in the world….more info

How to get to beijing The Palace Museum

Luggage or Bag Stock
Dining
There is no special food in the Palace Museum in Beijing. There are only some fast food restaurants. It is recommended to bring your own dry food or go to the restaurant to eat outside after the tour.

Explaining service
1. Voice guide rental
Deposit: $100 per unit.
Rent: Chinese version, Cantonese version of each 20 yuan. Other languages are 40 yuan each. After the visit, please hand over the voice interpreter to the explanation service before leaving .
Service location: Wumen 午门and Shenwumen 神武门.
2. Interpreter explanation service
5 people or less: 250 yuan for the whole journey, plus 1 for each additional 5 people plus 50 yuan. The explanations are all clearly marked, so don’t worry about spending more.
Service Station Location: Wumen, Shenwumen
3. Volunteers free to explain
Chinese and English are only available in the exhibition halls such as the Treasure Hall and the Watch Museum. 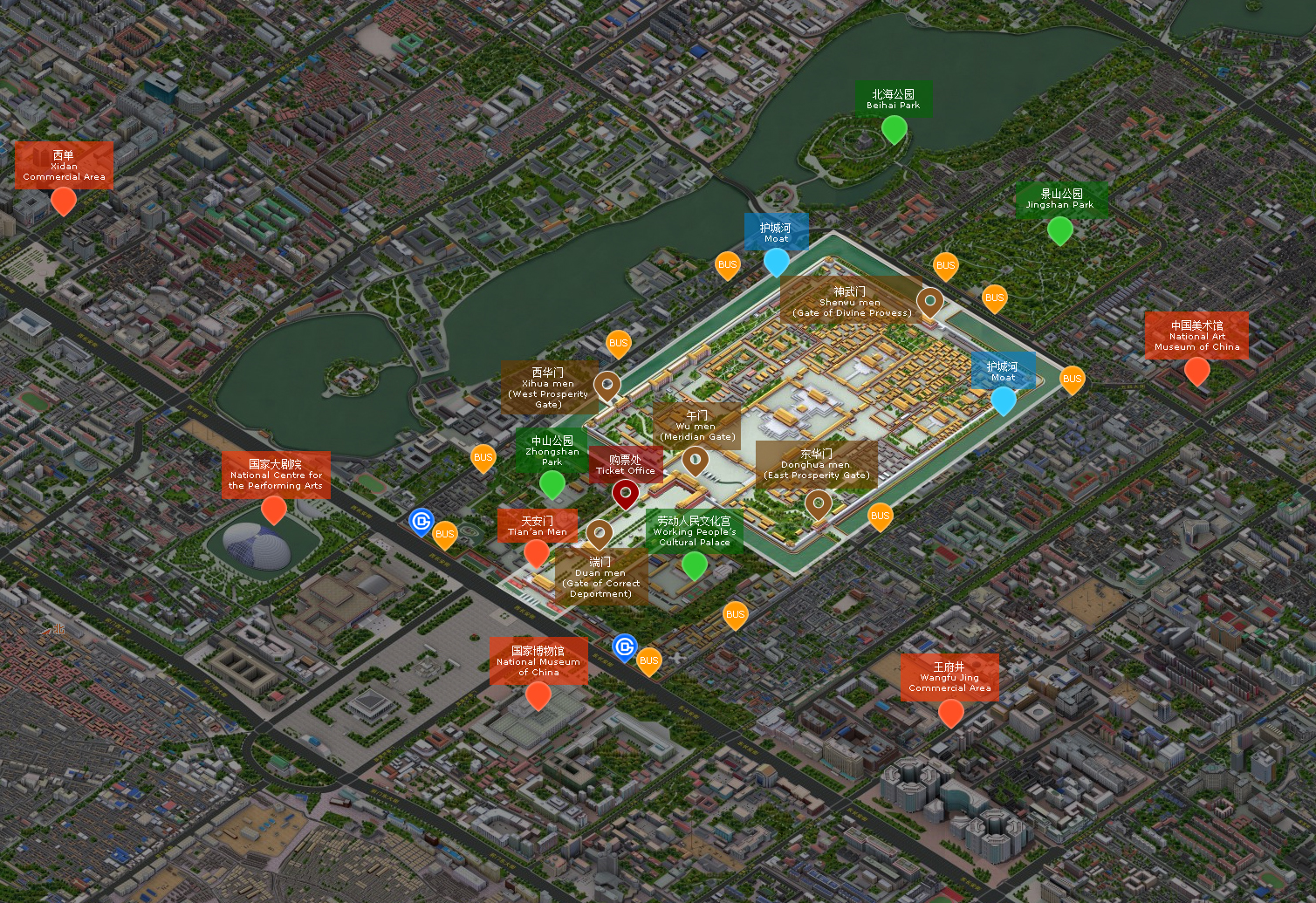