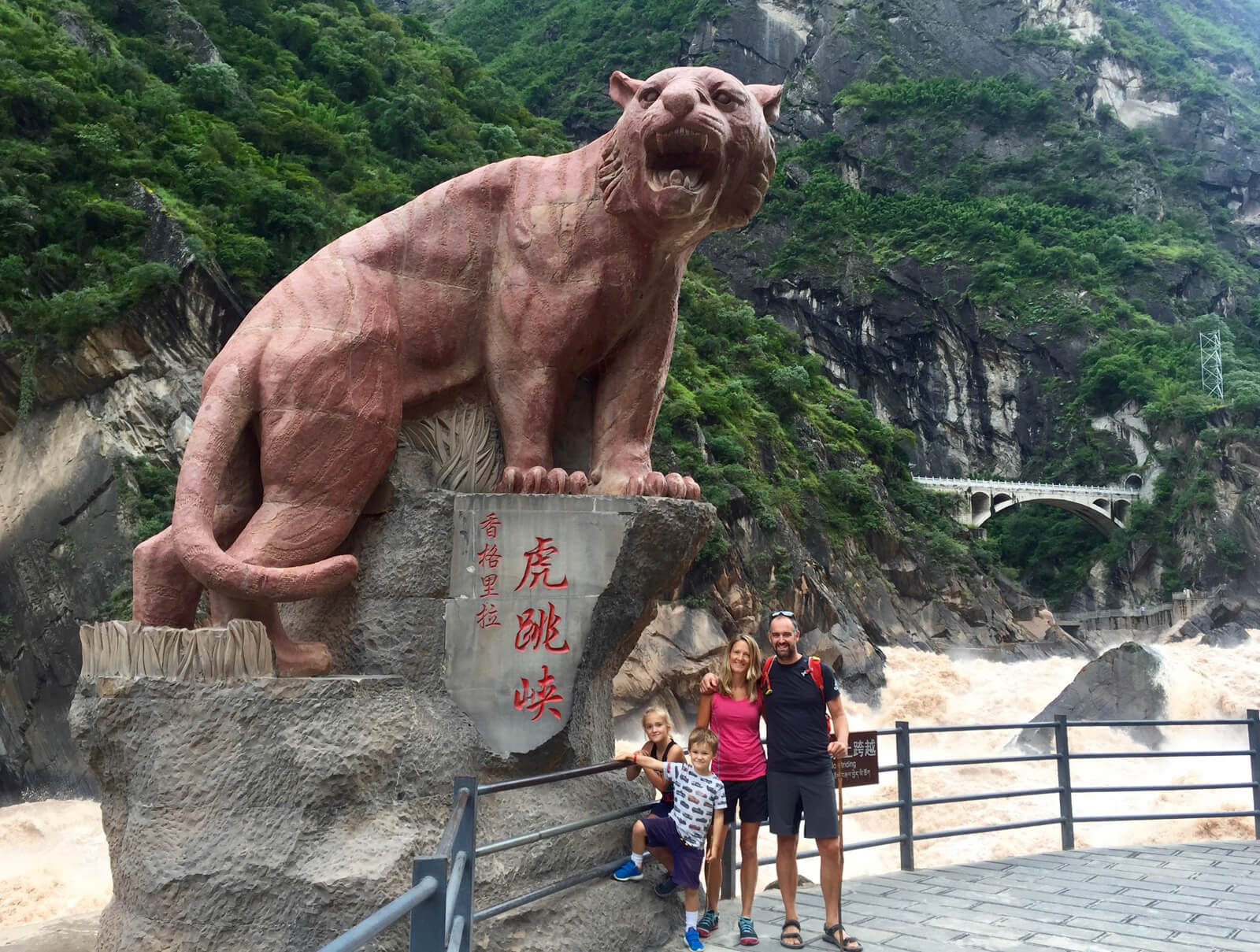 Tiger Leaping Gorge is located in the northeast of Longpan Township, Yulong Naxi Autonomous County, Yunnan Province, 105 kilometers away from Zhongdian County and 35 kilometers away from the First Bay of Yangtze River. After the rushing Jinsha River flowed through the first bay of the Yangtze River in Shigu Town, it suddenly turned north and hardened from the crack between Haba Snow Mountain and Jade Dragon Snow Mountain. Formed the world’s most spectacular Grand Canyon, the narrowest part of the valley is the Tiger Leaping Gorge landscape.

The canyon is in the upper reaches of the Jinsha River, with a total length of 18 kilometers. It is divided into three parts: the tiger jump, the middle tiger jump, and the lower tiger jump. The road is 25 kilometers.

To the east is the Jade Dragon Snow Mountain, and to the west is the Haba Snow Mountain in Diqing. The vertical height of the canyon is 3790 meters, which is one of the deepest canyons in the world.

How to get to Tiger Leaping Gorge from LiJiang 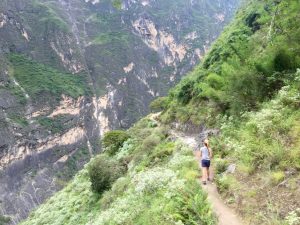 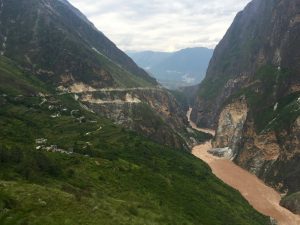 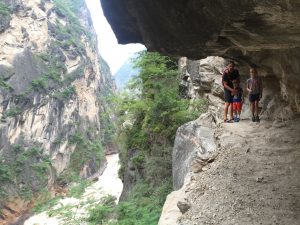 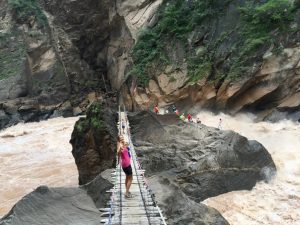 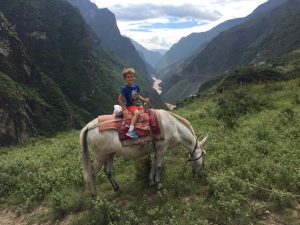 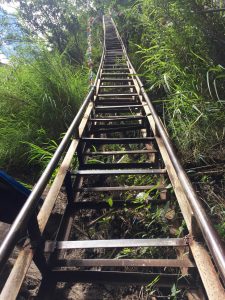 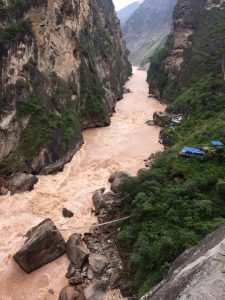 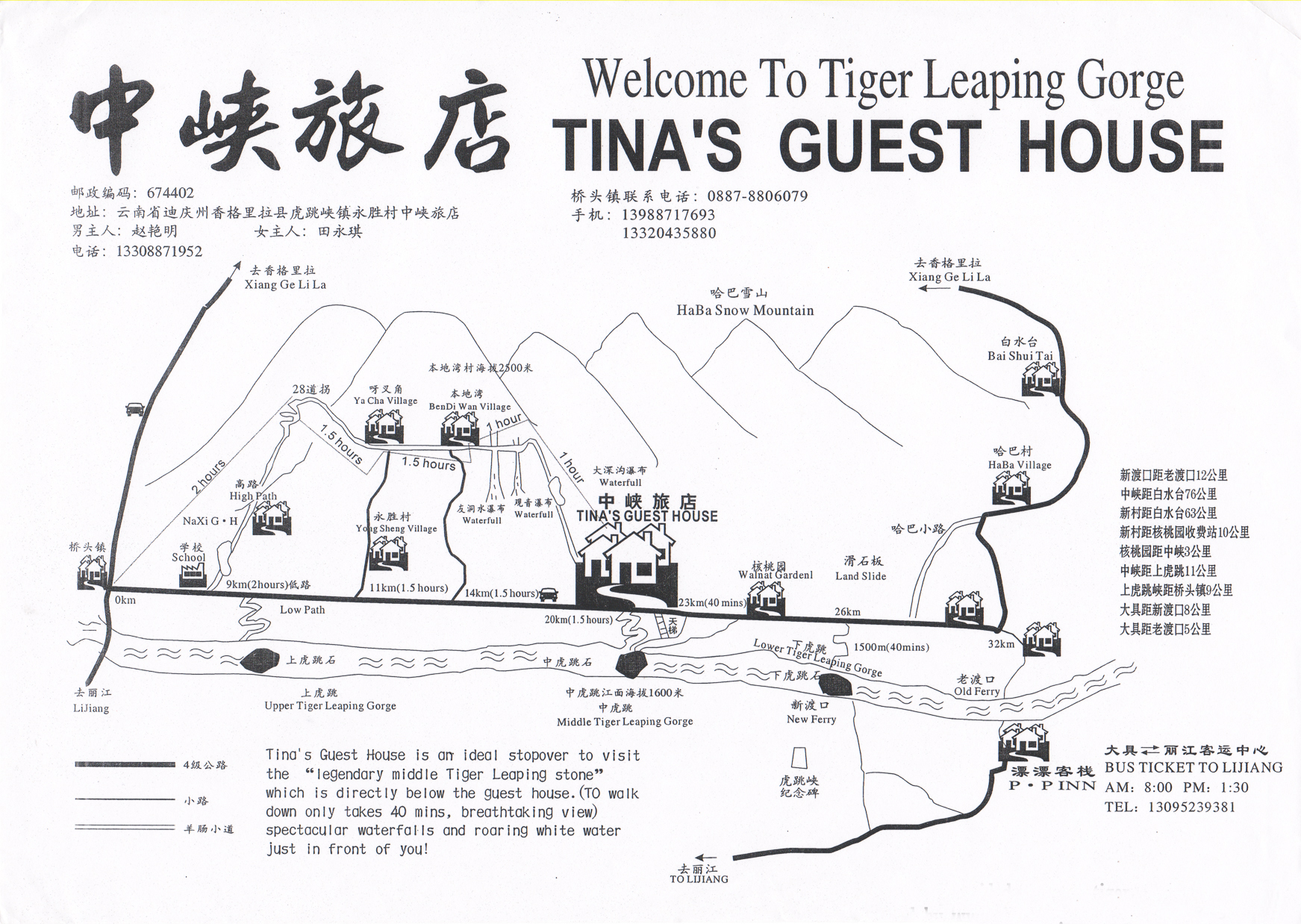 The Tiger Leaping Gorge is divided into three sections: the upper tiger jump, the middle tiger jump, and the lower tiger jump. Each section has its own characteristics and is worth a visit.

Among them, the upper tiger jump is the narrowest section of the entire canyon, the narrowest point is less than 30 meters, and the water flow here is large.

The rushing rivers and the boulders fight each other, the waves splash, the roaring sounds through the canyon, and many tourists will take photos here.

At 9 kilometers from the tiger’s jump, there is a town called Tiger Leaping Gorge, also known as Qiaotou Town.

The Chinese tiger jumped 5 kilometers from the tiger, and the special danger was very large. The “Gypsophila” reef area is the most dangerous place here.
In the 100-meter canyon, the reefs are standing, the water is rushing, the waves are shot, and the waves of the river are filled. It looks like the stars of the Milky Way, hence the name.

The Tiger Leaping Gorge can be counted as an “international route”. From the 1980s, some foreign backpackers will take the mountain trails through the canyon.

Gradually, there is a simple inn in the canyon for hikers to rest, offering simple dining. The road runs through the entire canyon, and the hiking trails are getting better and better. The hotels and hostels along the way have also increased, and the facilities have gradually improved. Walking the Tiger Leaping Gorge is a very comfortable journey.

If there is a fear of high passengers, it is not recommended.

Because the mountain roads on the way are relatively steep, many downhill roads have no steps, and they are all curved roads, which test the guts and physical strength of the hikers.
On the way, some roads were built by the villagers spontaneously, so they will be charged when they pass.

The villagers built roads and bridges in this steep mountain cliff, risking their lives, so that tourists can enjoy the mighty Jinsha River, but the tolls are not much.
When the river is the largest in August and September, the entire area near the dull stone will be inundated, and visitors will not be able to reach the river. Otherwise, they may face the danger of being swept away by the river.

And the things that tourists fall into the river are endless, so it is best to buy insurance. On the way from the tiger jump to the next tiger jump, there will be a small village. The village is full of walnut trees, so it is called the walnut garden.

Tourists walking through the gorge in the morning, whether in the morning from Qiaotou Town or from Dazhi Township, whether they take the gravel road or the Haba Mountain Trail, they can just arrive here for dinner and stay overnight.

Therefore, the walnut garden has become a special scene of the Tiger Leaping Gorge.

It should be noted that the Dashengou Waterfall located between the Walnut Garden and the Zhongxia Hotel will fall into the rocks regardless of the rain. It is very dangerous!

It takes two and a half days for the hiking route to go easily. If you go fast, it only takes two days.

Walking Tiger Leaping Gorge requires a certain amount of physical strength. It is best to avoid rainy days and may encounter dangers such as landslides.

After crossing the ferry, I went to the side of the Jade Dragon Snow Mountain. Take the “Zhi” mountain road and climb a mountain ridge. You can walk straight into a large road along a wide road.

On this road, looking back at the Tiger Leaping Gorge, you can see two snow-capped mountains at the same time. The one on the left is the Jade Dragon Snow Mountain, and the one on the right is the Haba Snow Mountain.

how to get to tiger leaping gorge

Car rental/charter
From Lijiang, you can charter car to Tiger Leaping Gorge. pls consult with westchinago. 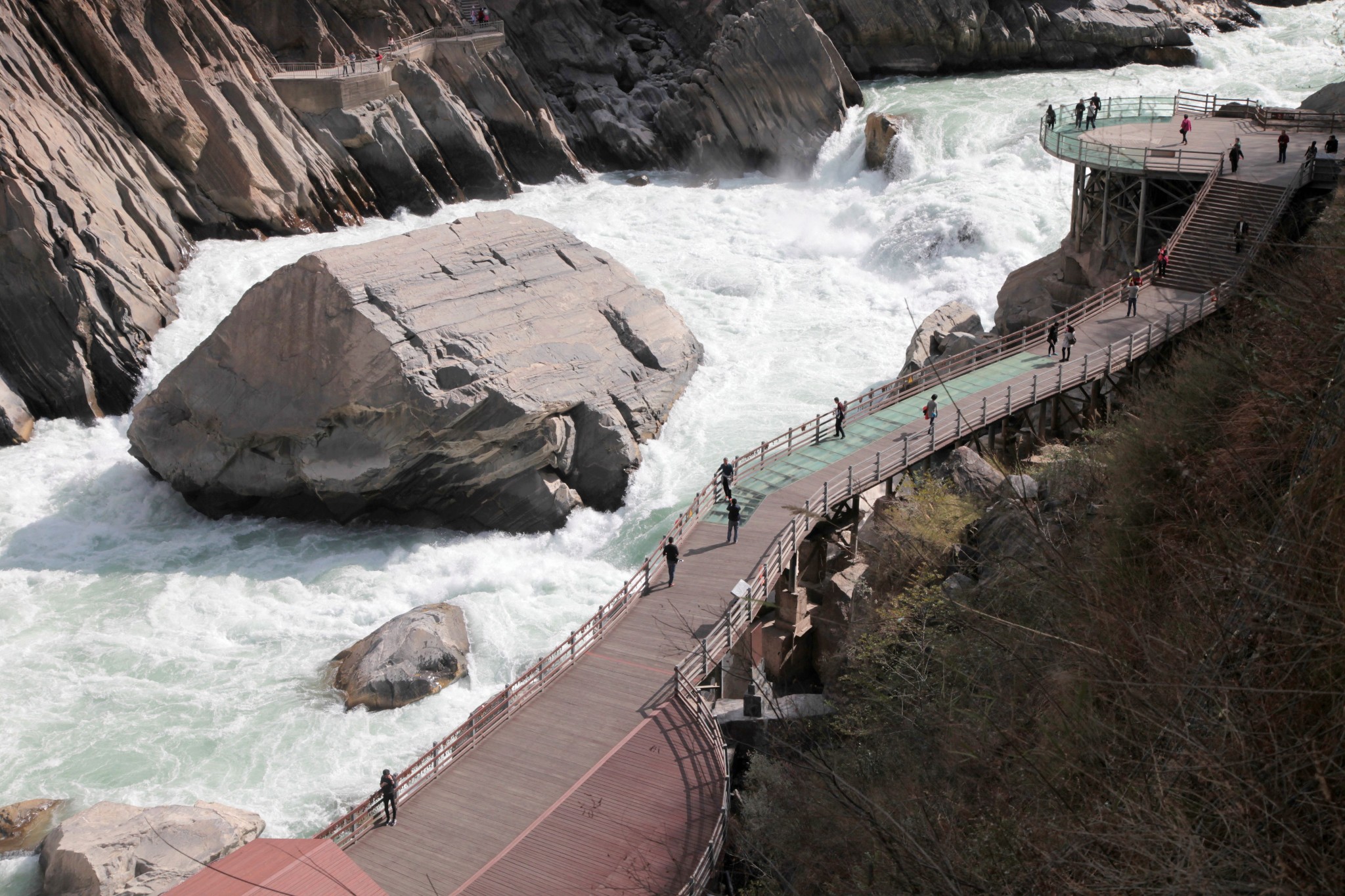 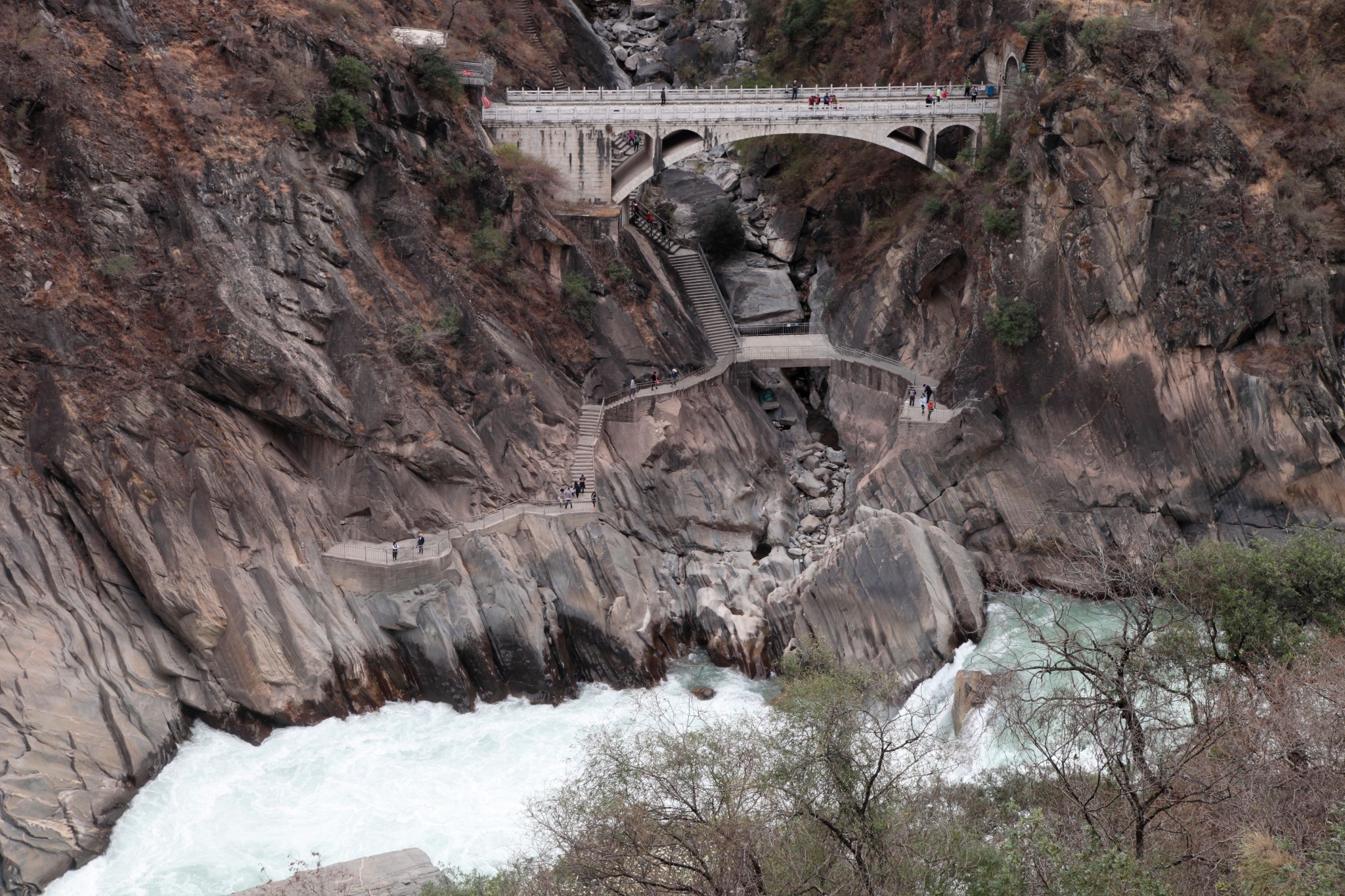 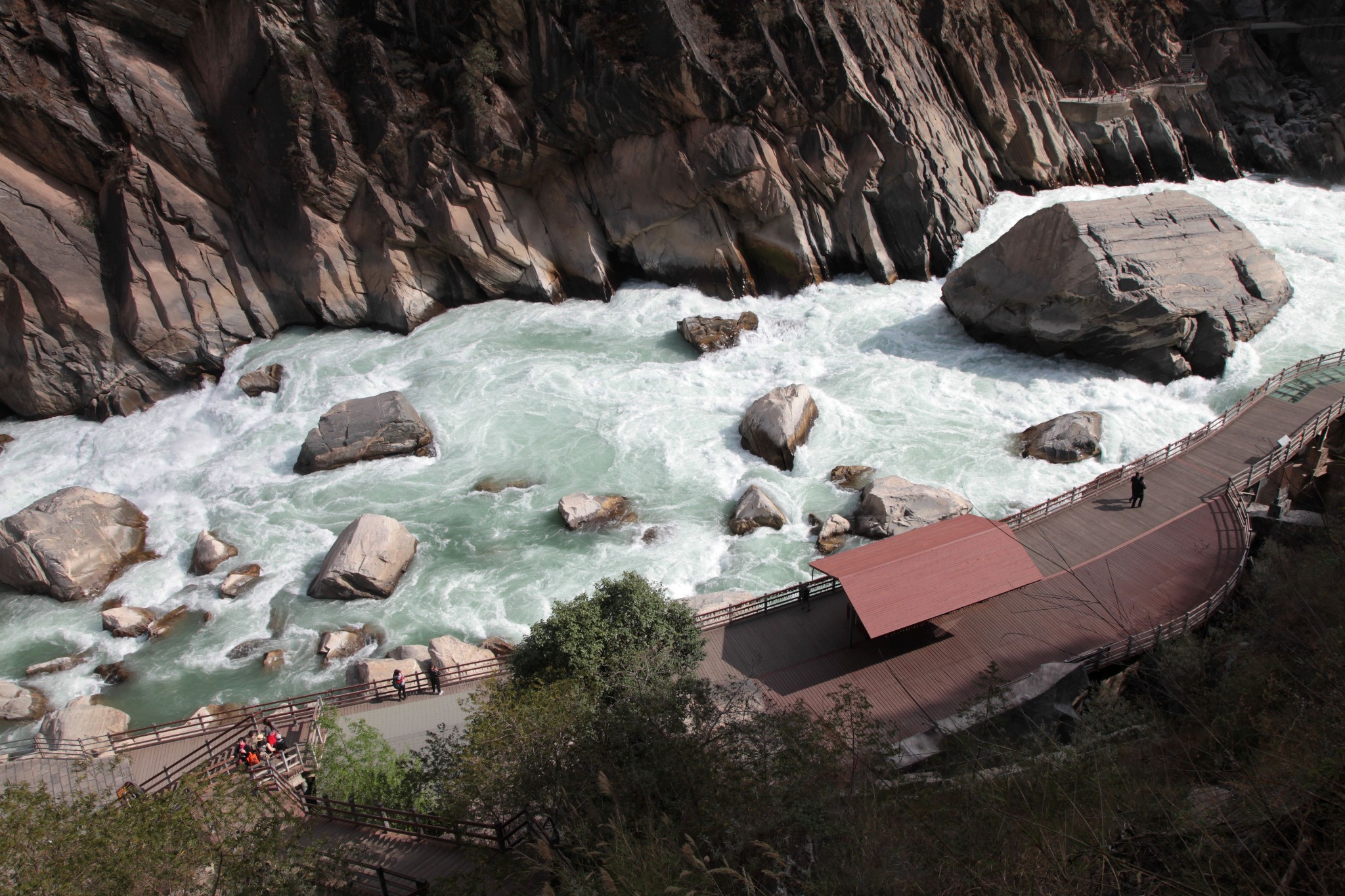 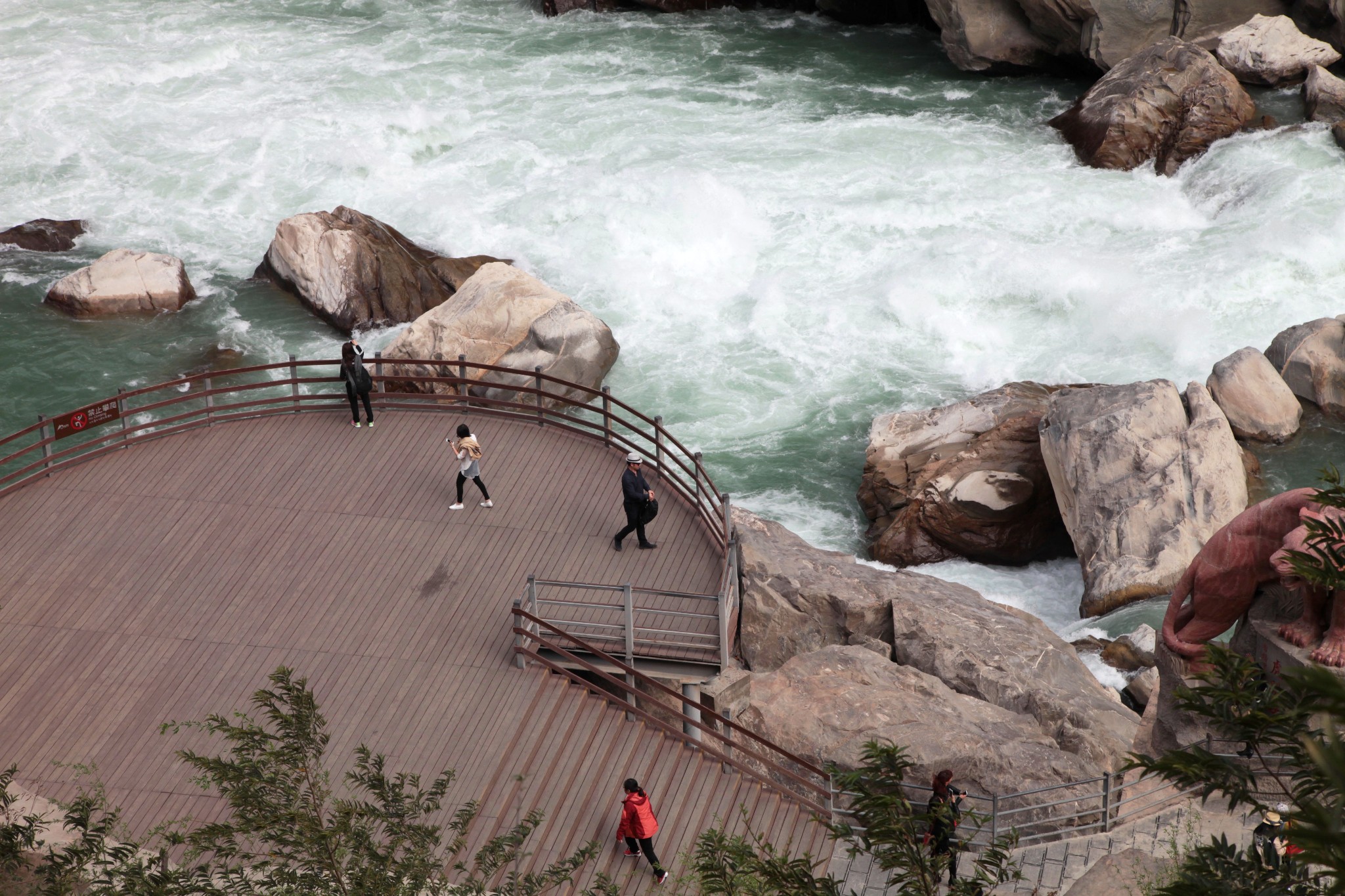 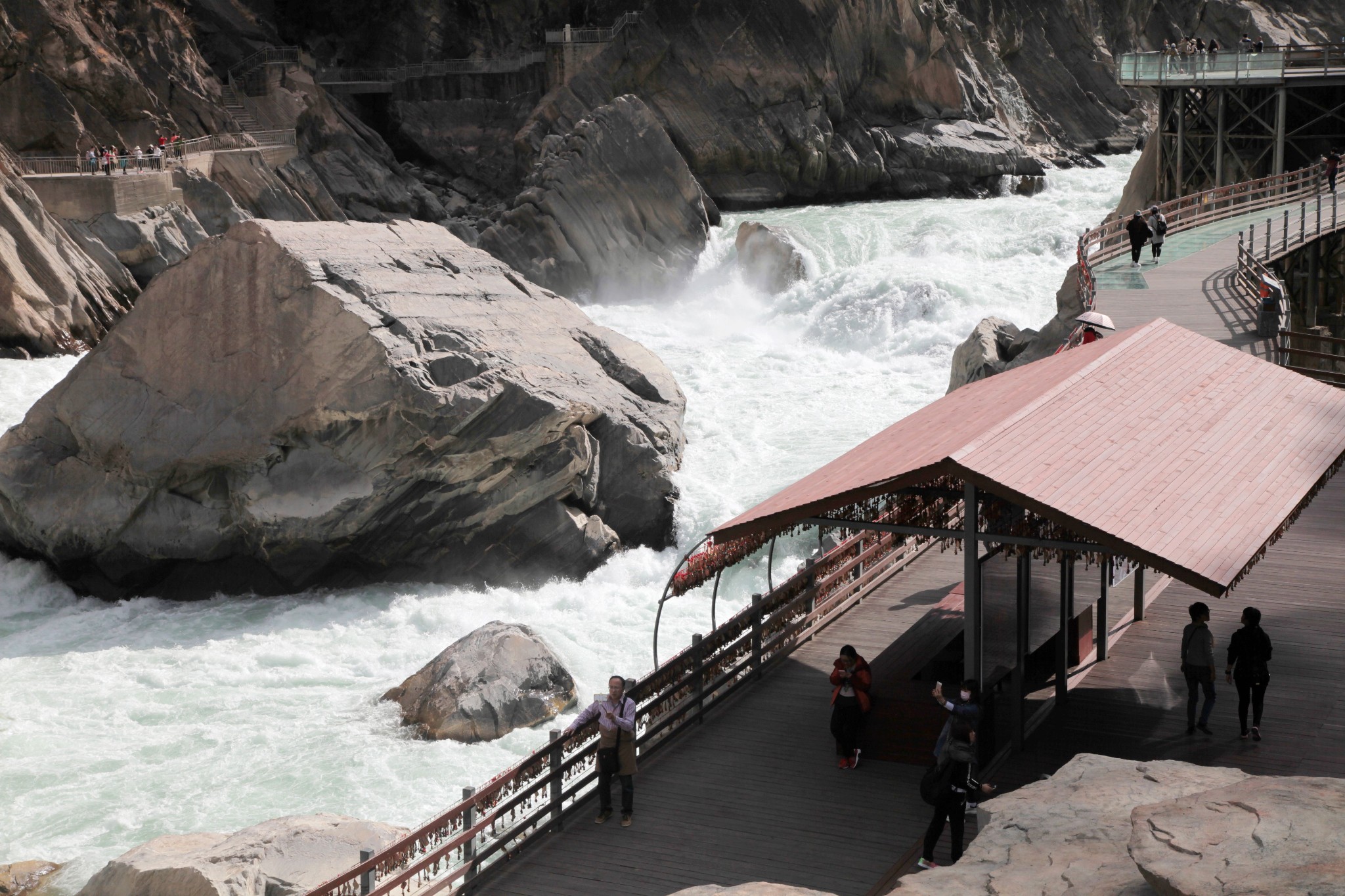 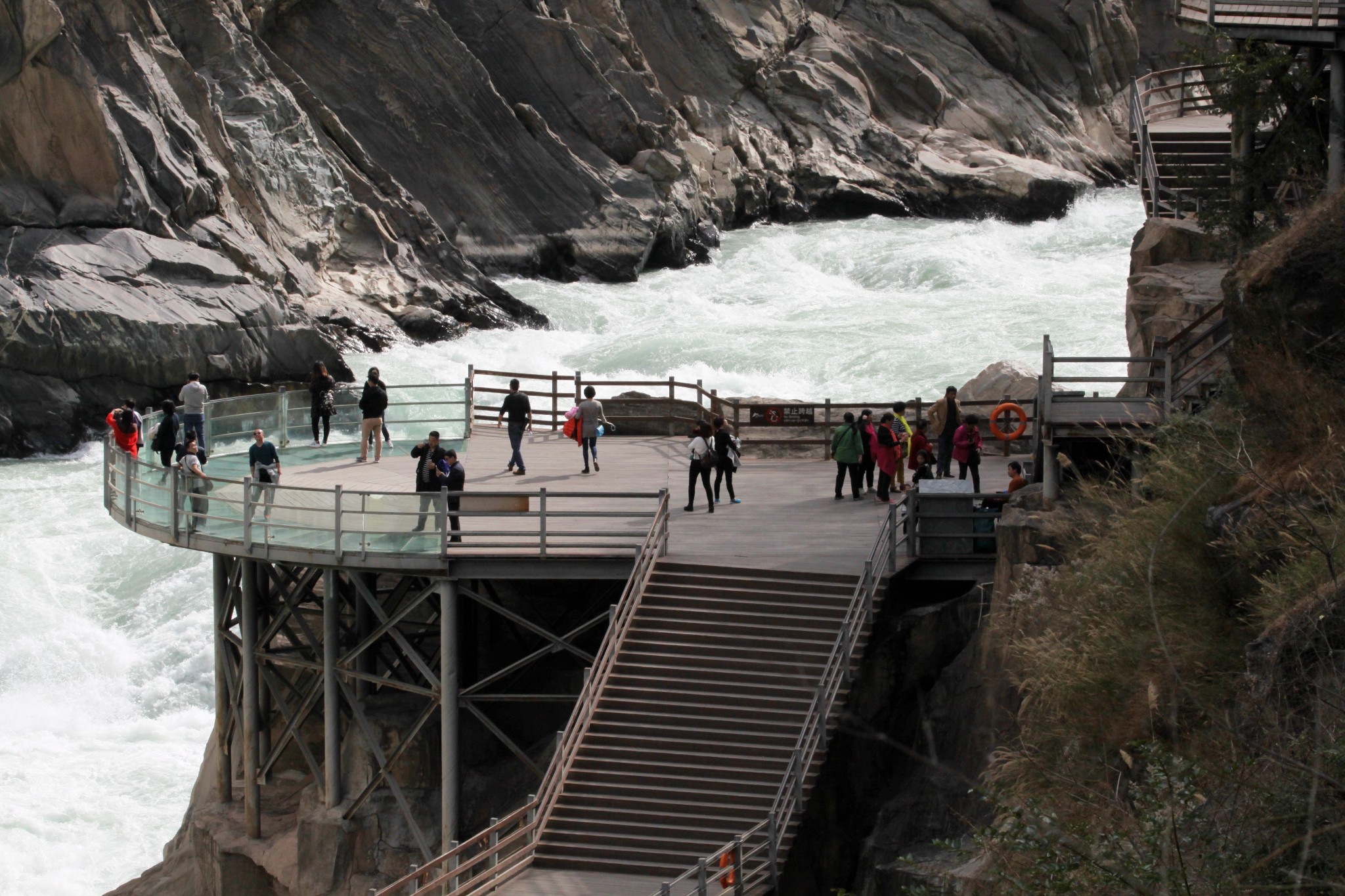