What things did you only know after you arrived in Tibet? 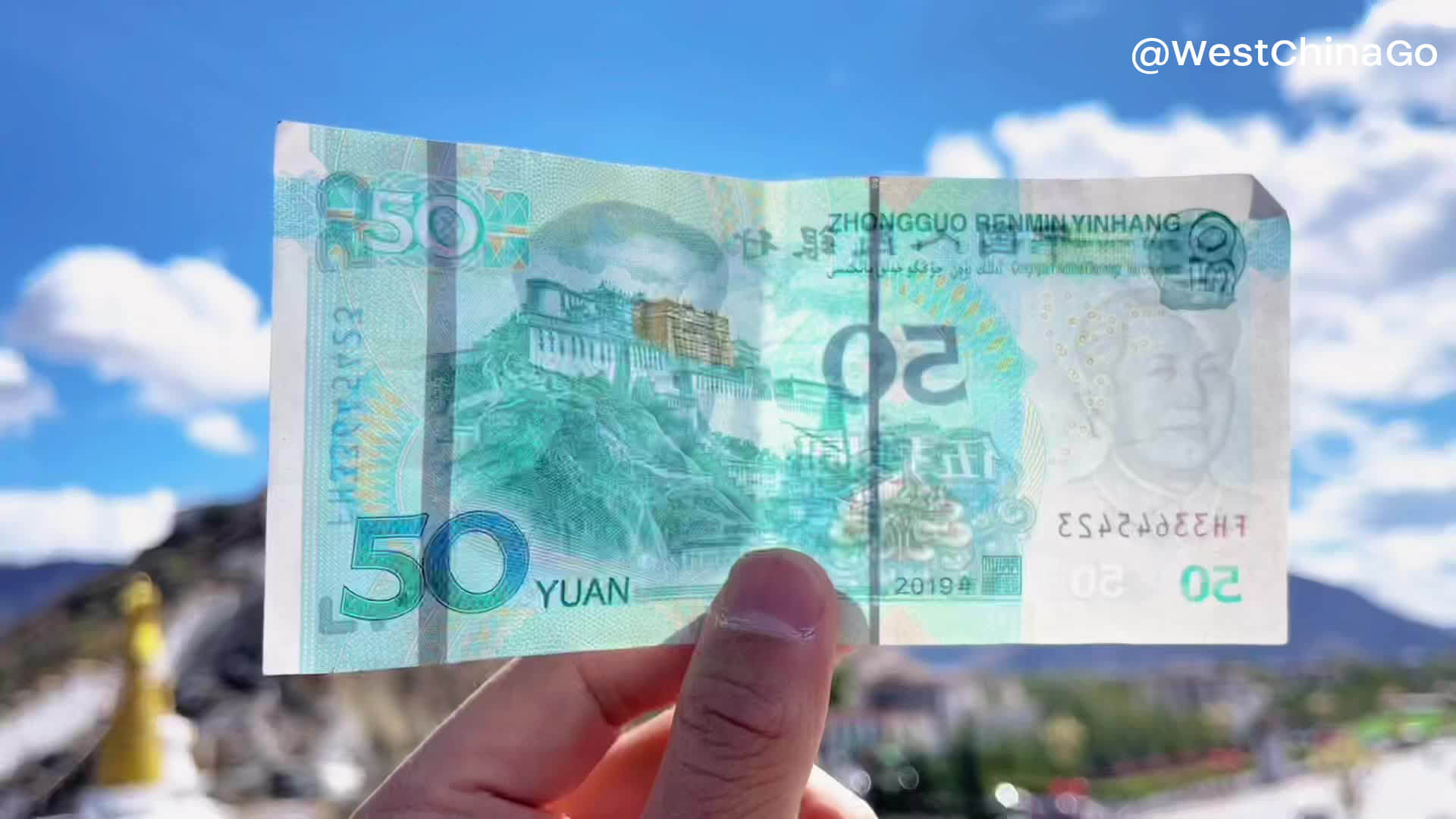 The local average salary in Tibet is over 100,000, second only to Beijing and Shanghai, but the house price is only 8,349

Tibet has a population of only more than 3 million, and receives a large number of foreign tourists every year. In the past 10 years, the number of tourists visiting Tibet has soared from 2 million to 20 million. The demand for accommodation and catering practitioners is huge. Many Han friends do business in Tibet. The average income of Tibetans is much higher than the national average. 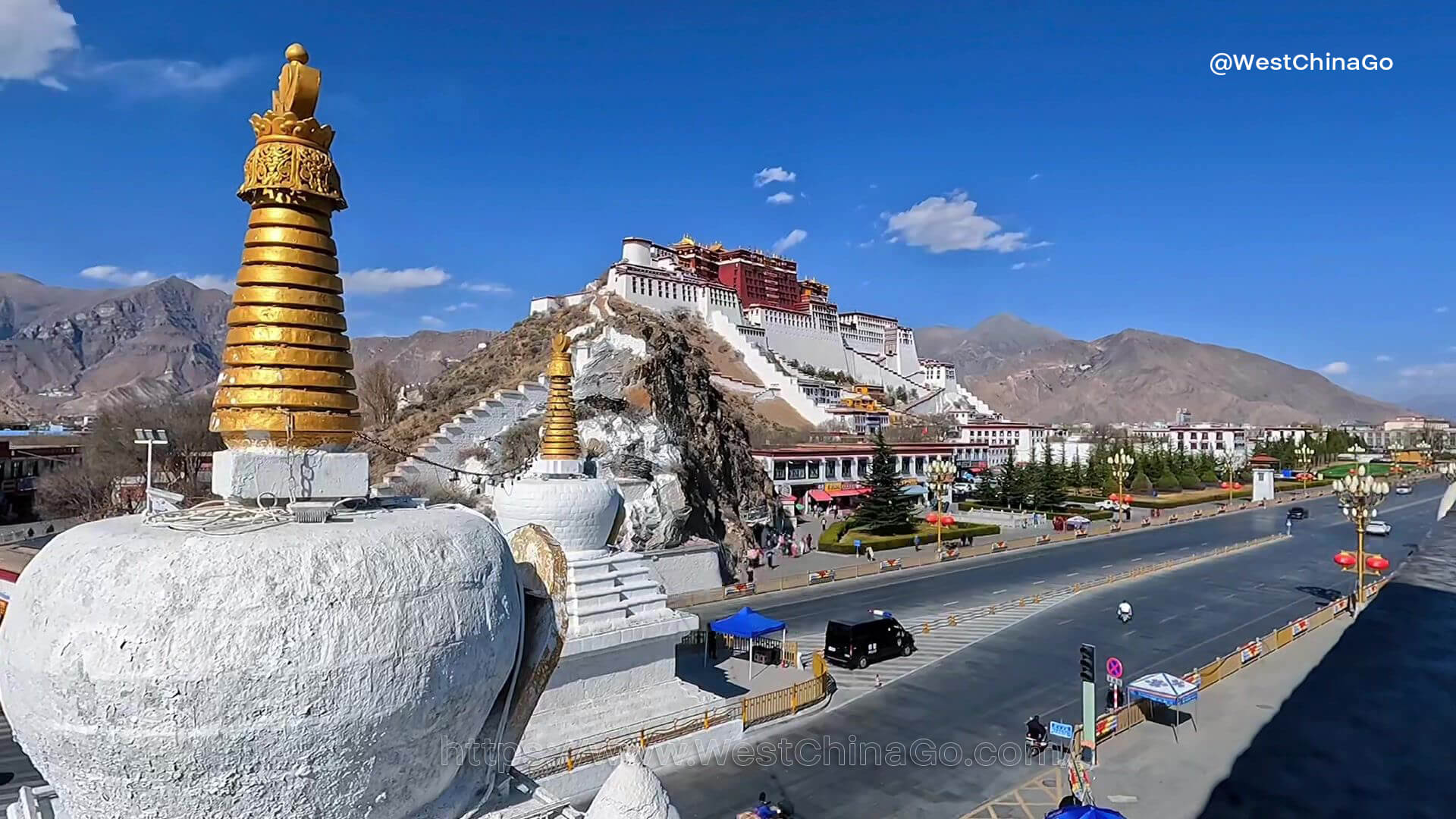 Under Tibet’s high wages, its housing prices are unbelievably low.

In 2017, the house price in Lhasa was only 8,349 yuan per square meter, while in 2016, the average salary of Tibetan people was 103,232 yuan. After deducting the five insurances and one housing fund, the monthly salary has reached 8,602 yuan, and one square meter can be bought in a month. .

There are many subsidies that outsiders may not imagine.

Therefore, the people in the Tibetan city are richer than you think. People who come to Tibet to do business once joked that under the simple appearance of Tibetan people, Dolma can go to Beijing to buy a suite by deducting a stone from her mother’s jewelry. Although it is a bit exaggerated, it has a certain authenticity.

Tibet tourism is not only Lhasa and Potala Palace

If you go to Tibet to play, whether it is by car or in a group, just take the G318, Qinghai-Tibet line, just check in around Lhasa, you will not experience the place where you can go to Tibet to absorb oxygen and attack your soul.

Only those who have been to Tibet will know that Lhasa has become a two-way street for tourists.

Lhasa, a Buddhist city, is a frequented place for the petty bourgeoisie in the east, and the holy world in the west.

Bounded by Gongdelin Temple and the Guandi Temple on the adjacent hill, east of Lhasa is full of bars, dreadlocks and bohemian flared trousers. Wen Qing people from all over the country have only seen the new Lhasa, which has been constructed, spacious and bright squares, without sewage and cow dung, with hot water for food and lodging, electricity and WIFI.

What is really worth visiting is the Tibetan countryside

Every place in the Tibetan countryside is different. There are grasslands, forests, river beaches, wastelands, canyons, glaciers, wild animals, and even a few kilometers of silence.

These are the complete Tibet, the meaningful and real Tibet, and the truly worthwhile places in Tibet.

Only those who have been to Tibet know that it is not necessary to go to the Potala Palace, because the Potala Palace can be seen in many directions in Lhasa, and in general, the online booking of the Potala Palace is very popular, and in most cases it cannot be booked. , scalper tickets are twice the price, and some people even queued at three in the morning.

In fact, other non-famous small temples in Tibet often have a longer history, no worse than the Potala Palace.

For example, the Zhayeba Temple inlaid on the mountain wall, the only Guandi Temple in Tibet, is very interesting.

Watching thangkas is the most unmissable experience.

Don’t call them “Tibetans” in front of your fellow Tibetans.

When traveling in Tibet, local Tibetans basically do not play mobile phones. They are either spinning prayer wheels in the sun, spinning rosary beads, or chanting sutras. Whatever they are doing, if you’re curious, want to say hello politely, but don’t call them “Tibetan friends”. Because, in the eyes of Tibetan compatriots, the title “Tibetan” is derogatory, and your politeness may cause them to turn against you. Of course, fellow Tibetans lead a pious, relaxed life, and most people are polite

Tibetan children are very enthusiastic and optimistic, and they don’t necessarily help you for money. In fact, they just want to ask you for a snack or candy. This point has been broken by many authors on the Internet. Tibetans don’t care too much about how much money they make like we do. Many local drivers just want to make a little money while taking their wives and children to the surrounding areas. This is also why Tibet had no psychiatrists until 2016

Do not touch the heads of Tibetan children.

In Tibetan traditional culture, other than living Buddhas and elders, no one else can touch their head casually. It’s very impolite if you touch someone’s head casually

Tibetans like to use the gesture from the thumb to the little finger to describe the order of good and bad. If you see a Tibetan compatriot giving you the middle finger, they are not provoking you, they are just expressing a general meaning.

For monks in Tibetan temples, men are generally called “Zhaba”, women are collectively called “Juemu”, and only eminent monks and living Buddhas are called “Rinpoche”. Of course, if you think it’s a mouthful, it’s good to call them “Master” when you see monks.

However, there are also some taboos in the temple: don’t smoke in the temple, don’t point to the Buddha statue with your fingers, don’t wear a hat into the hall, don’t step on the door frame, step on the mani stone, don’t take pictures. In addition, turn clockwise. If you don’t know the direction, follow the direction of the flow of people.

In short, in Tibet, there are many places that are different from the Han culture. In most cases, as long as we can observe carefully, it will not cause unnecessary embarrassment if we do not go out of style.

Taboos of being a guest at a Tibetan friend’s house

Tibetan compatriots sit cross-legged on the ground. When sitting down, do not face others with the soles of their feet. When Tibetan compatriots are toasting you, they will use their ring finger to dip a little wine in the air and bounce it three times in the air. If you take a sip, the host will refill it for you. If you do not finish it three times, the fourth time you refill it , must be suffocated. Because you don’t finish drinking, the host will think you look down on him. If you are from the Northeast, you must not hold the bowl upside down if you stop drinking. This is an absolutely forbidden behavior. Because in Tibet only the bowls of the deceased are put upside down.

When you are a guest, don’t step over the fire pond, pots and bowls, and don’t throw the finished bones into the fire, because Tibetans will think that this will attract ghosts.

Common sense and customs that are different from ours in Tibet

As more and more people go to Tibet to visit, due to the different cultural characteristics between the Chinese and Tibetan people, some people who do not understand the customs and habits of the Tibetan people will inevitably encounter some embarrassment and unhappiness.

People will fart frequently after Tibet.

After going to Tibet, many people have stomach growling and gas, which is embarrassing, and often burp and fart. Some people may find it quicker to go to the toilet in Tibet, especially friends who are usually constipated.

In fact, it’s not that you eat a bad stomach, but another manifestation of altitude sickness. Some girls may also experience chest pains.

It was not possible to light a cigarette successfully in Tibet.

For those who like to camp in the wild and smoke, they should pay attention to the fact that ordinary lighters cannot be turned on after entering the Tibet area due to the lack of air pressure and oxygen. There are special plateau lighters in Tibet, which can also be prepared in advance

In the plateau, in addition to people’s physical discomfort, some items will also have an impact, especially the vacuum-packed items and snacks brought from inland cities, which will explode after the plateau because they can’t bear the pressure.

Bring warm clothes: Tibet is very cold in the morning and evening. If you want to climb snow-capped mountains, wearing ordinary down jackets or jackets has no cold resistance.

For altitude sickness: taking Rhodiola rosea half a month before departure has a certain effect. In fact, people who will have altitude sickness will always have it, and those who will not will never. If it is serious, please seek medical attention immediately or return.

Be Prepared for Expenses: Avoid unexpected expenses and variables.

Tibet is a clean and pure paradise. Every year, countless people come to Tibet, but they don’t know about Tibet at all. They come here just to cleanse their minds and feel the nature, but let Tibetan compatriots pay for those who travel and clean up the mess. This is irrational.

Respecting and caring for Tibet are virtues that everyone who has been to Tibet should inherit.