Tourists who suffer from vertigo need not apply 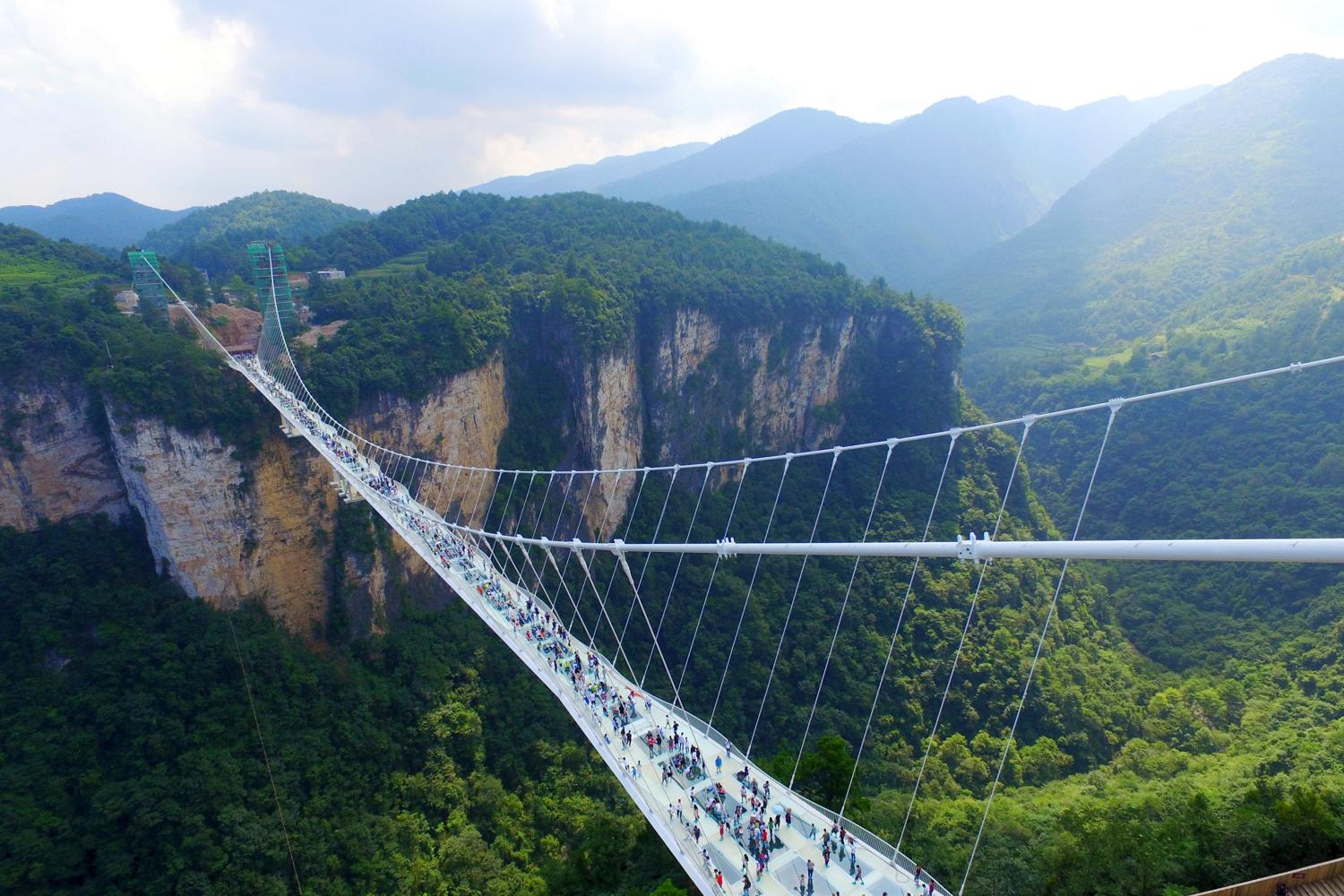 Some 430 metres (1,400 feet) long and suspended 300 metres above the earth, the bridge spans the canyon between two mountain cliffs in Zhangjiajie park in China’s central Hunan province.

Six metres wide and made of some 99 panels of clear glass, the bridge can carry up to 800 people at the same time, an official in Zhangjiajie — a popular tourist destination — told the Xinhua news agency. 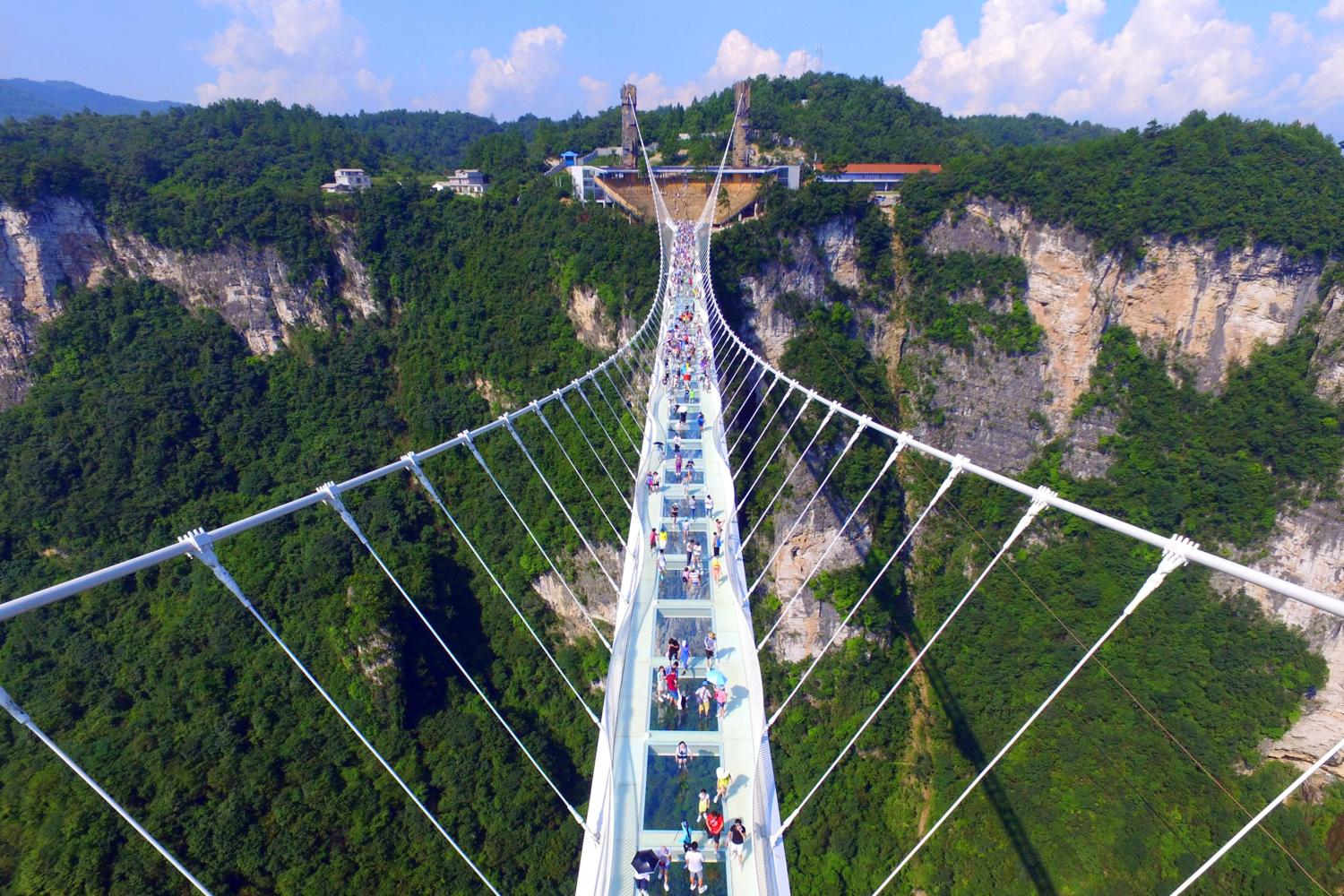 Tourists can walk across the bridge, designed by Israeli architect Haim Dotan, and the more adventurous will be able to bungee jump or ride a zip line.

“I wanted to feel awe-inspired by this bridge. But I’m not afraid — it seems safe!” Wang Min, who was visiting the new structure with her husband and children, told AFP Saturday.

Following an alarming glass bridge cracking incident at the Yuntai mountain in northern Henan in 2015, authorities in Zhangjiajie were eager to demonstrate the safety of the structure.

They organised a string of media events, including one where people were encouraged to try and smash the bridge’s glass panels with a sledge hammer, and another where they drove a car across it. “It’s crowded today and a bit of a mess. But to be suspended 300 metres in the air, it’s a unique experience,” said Lin Chenglu, who had come to see the bridge with his colleagues.

Only 8,000 people each day will be allowed to cross the bridge, Xinhua said, and tourists will have to book their tickets a day in advance, at a cost of 138 yuan ($20).

Cameras and selfie sticks are banned, and people wearing stilettos will not be allowed to walk on the bridge, Xinhua said.

Local authorities have said that one of the summits in Zhangjiajie Park inspired the floating mountain which appears in the American blockbuster Avatar.

A Hollywood photographer visited the area in 2008, taking images which were used for the film, according to media reports.