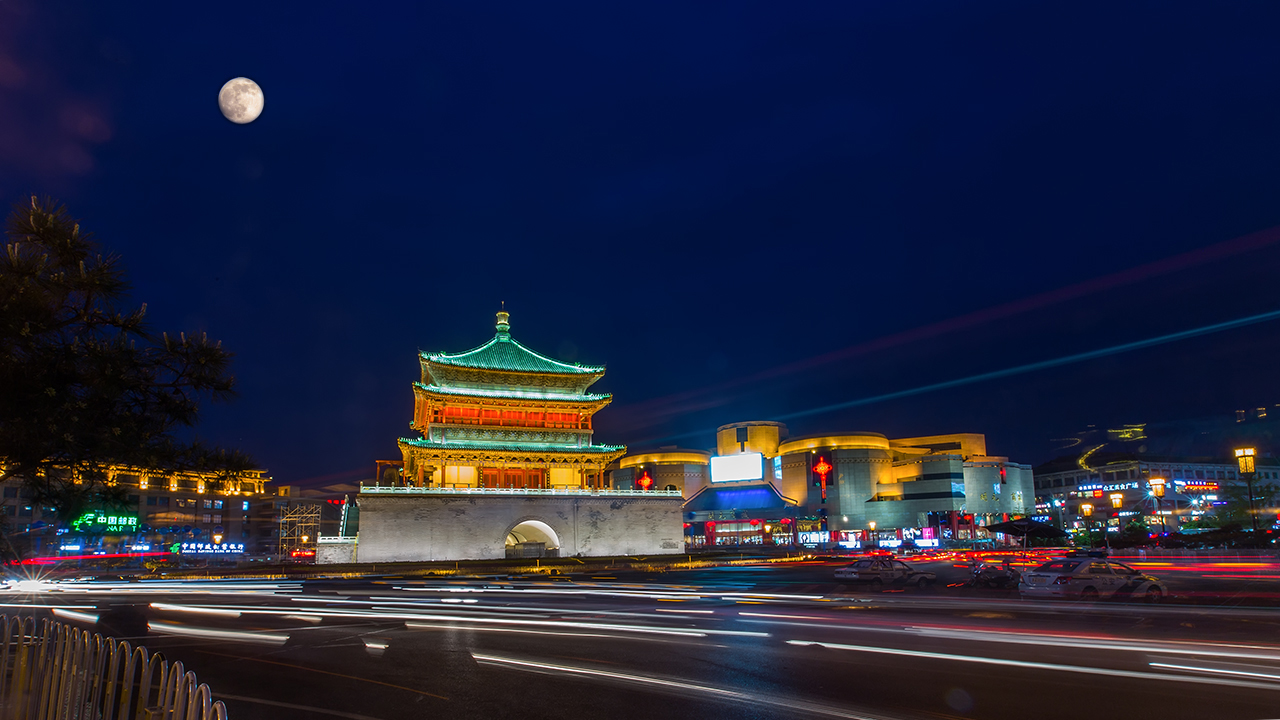 The Bell Tower of Xi’an (Chinese: 西安钟楼), built in 1384 during the early Ming Dynasty, is a symbol of the city of Xi’an and one of the grandest of its kind in China. The Bell Tower also contains several large bronze-cast bells from the Tang Dynasty. The tower base is square and it covers an area of 1,377 square meters. The tower is a brick and timber structure and close to 40 meters high.
There are several legends regarding the Bell Tower, one of them tells:

In Ming Dynasty, several earthquakes struck Guanzhong area, thousands were dead and injured. Then a legend appeared: There was a great river flowing across the center of Xi’an City. A dragon in the river was always active and caused trouble, so an earthquake occurred. An official of Xi’an government believed these words, so he ordered the blacksmiths of the whole city to make a several thousand feet of long iron chain in order to lock the dragon and sink it to river. He then ordered 5,000 craftsmen to repair the Bell Tower day and night in order to use the tower to restrain the dragon. He believed this would suppress the dragon firmly under the river and so it would no longer be active and cause trouble again. After establishing the Bell Tower, earthquakes never occurred in Xi’an again.

How to get to Xi’An Bell Tower 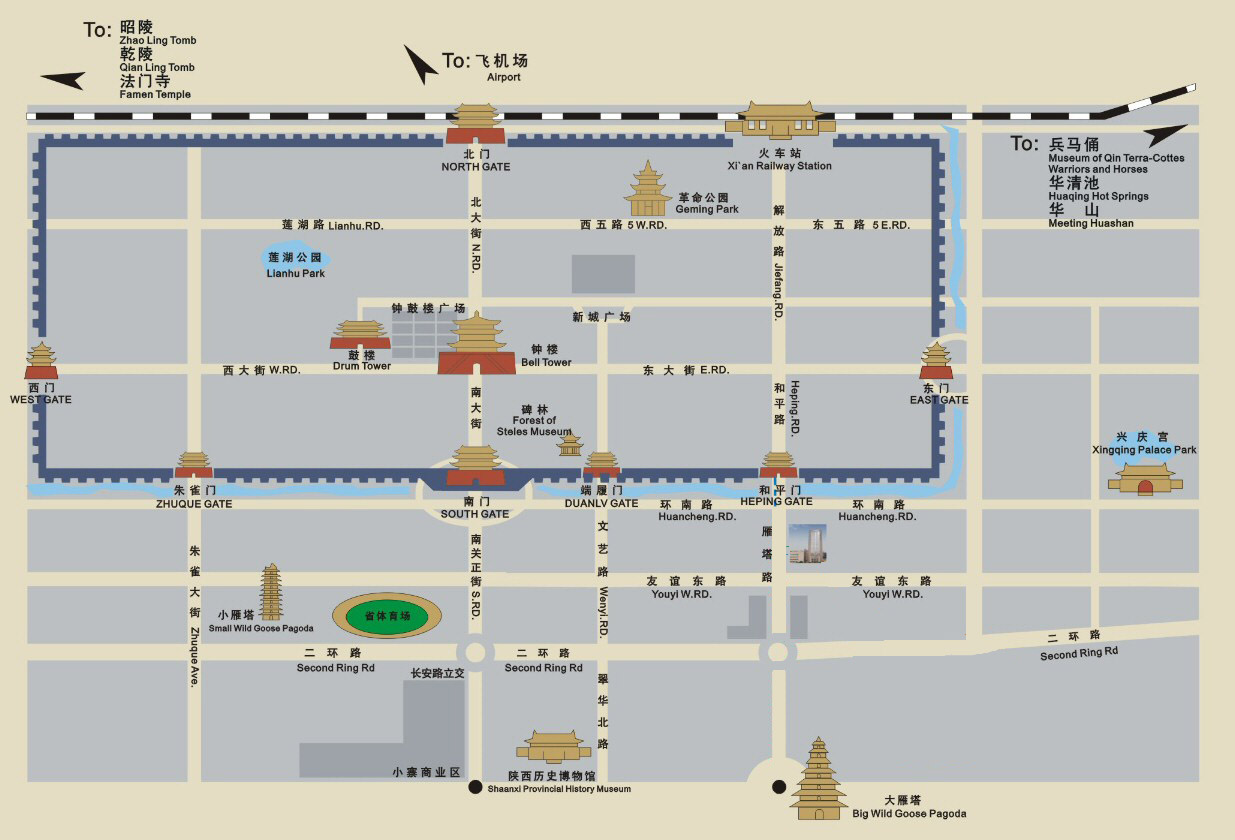