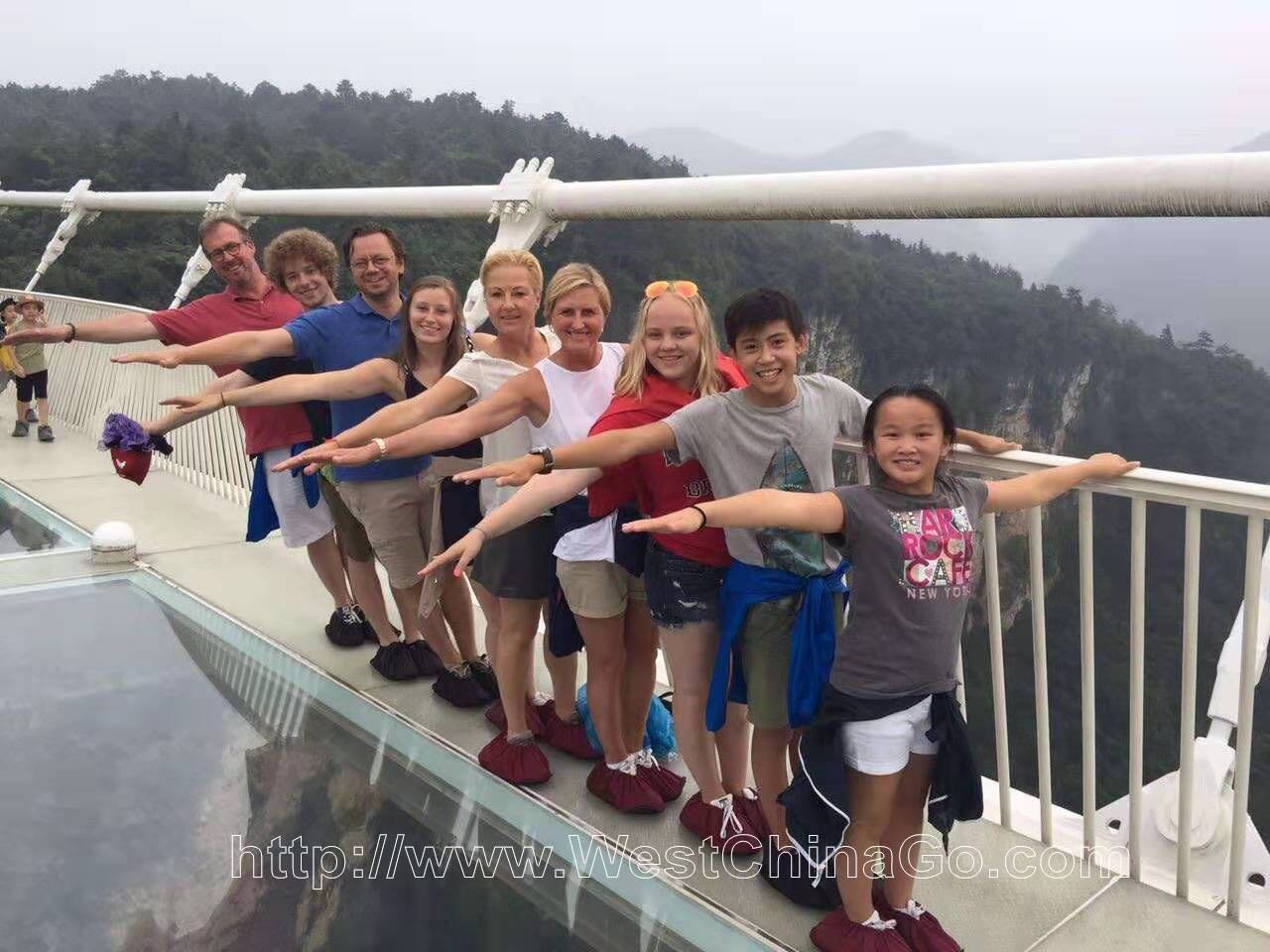 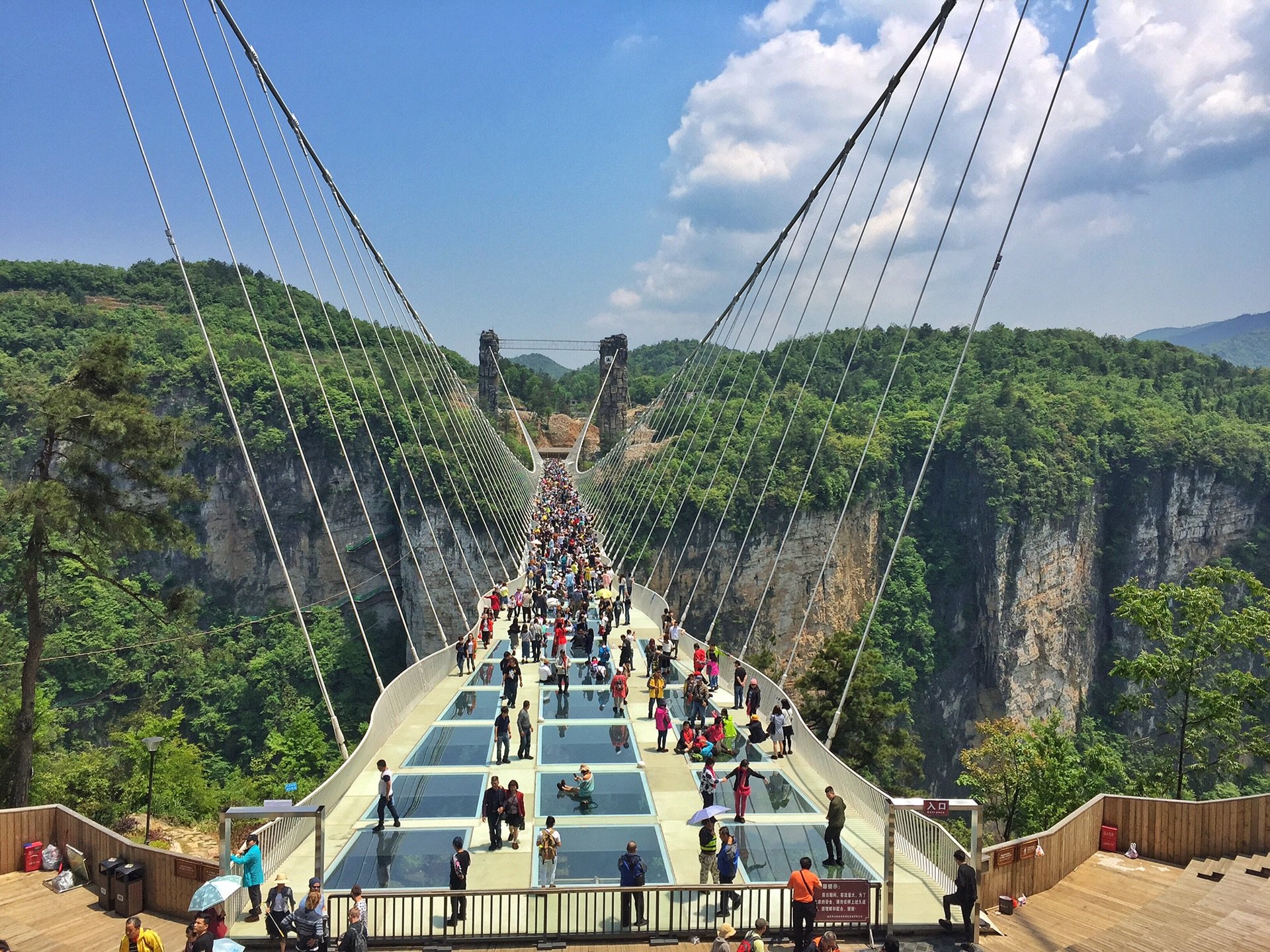 How to plan Mount TianMen Tour every day, the total available tickets number is 8000 pcs , and 6000 out of it belong to china domestic travel agency, only 2000 pcs available for individual tourist, the fact is those 2000 pcs tickets sold online, chinese tourist pay online and redeem the entrance tickets by virifing ID Card upon arrival.

you are not able to buy the live tickets at the site. pls don’t go to ZhangJiaJie Glass Bridge without tickets.( 2019 authority announcement photo)


B&C type tickets are not available to purchase on site, need to reserve online at least 1 day in advance. It is quite tricky that the entrance of Glass Bridge is on the top of the Canyon,exit locates at the bottom of the canyon. Travelers can not enter and exit at the same gate if visiting both Glass Bridge and Grand Canyon 1.Strip of the Sky（一线天）Photo
2.Steps of Sky（天梯栈道）Photo
3.RedFlag Canal(红旗渠）Photo
4.Countless waterfalls along the way一帘幽梦Photo
5.Slide way and Zip Line(Cost on your own)
6.Traditional Chinese style boat ,enjoy the refreshing scenery on Holy Spring Lake (The fee had been included in the ticket)Photo 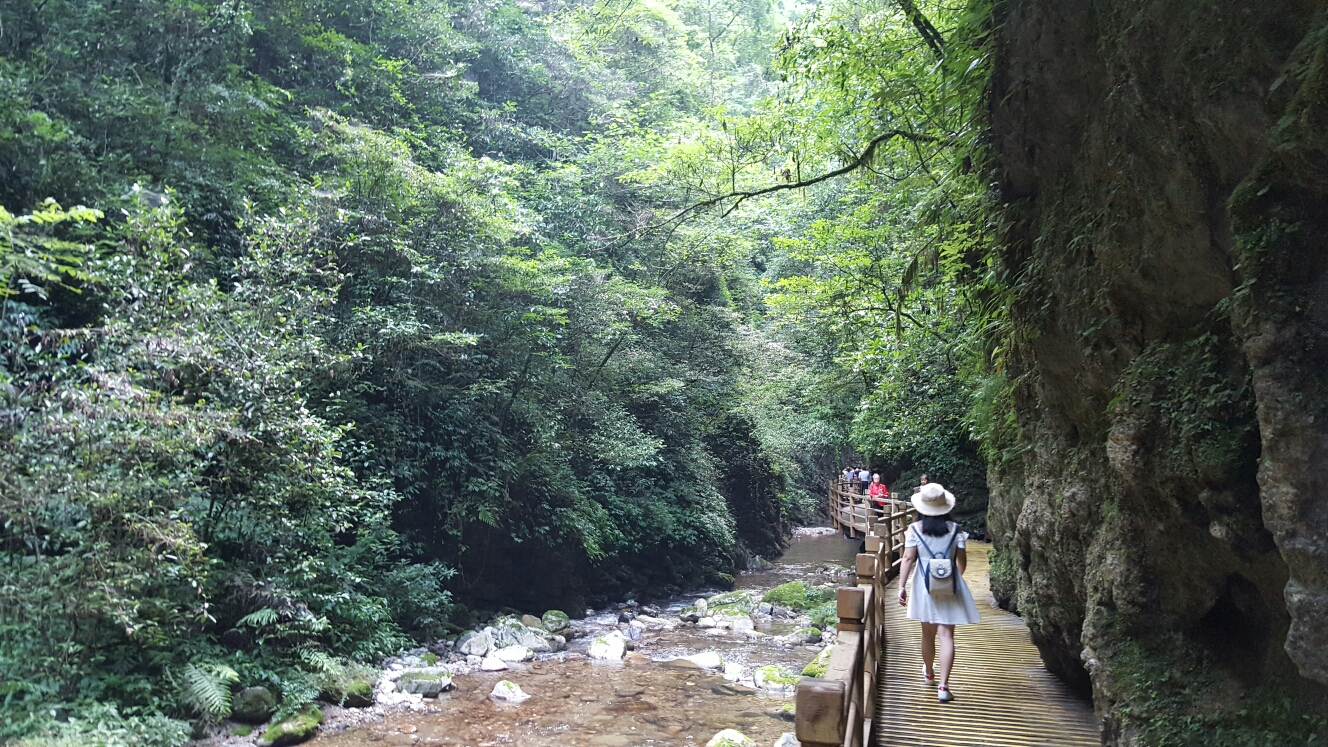 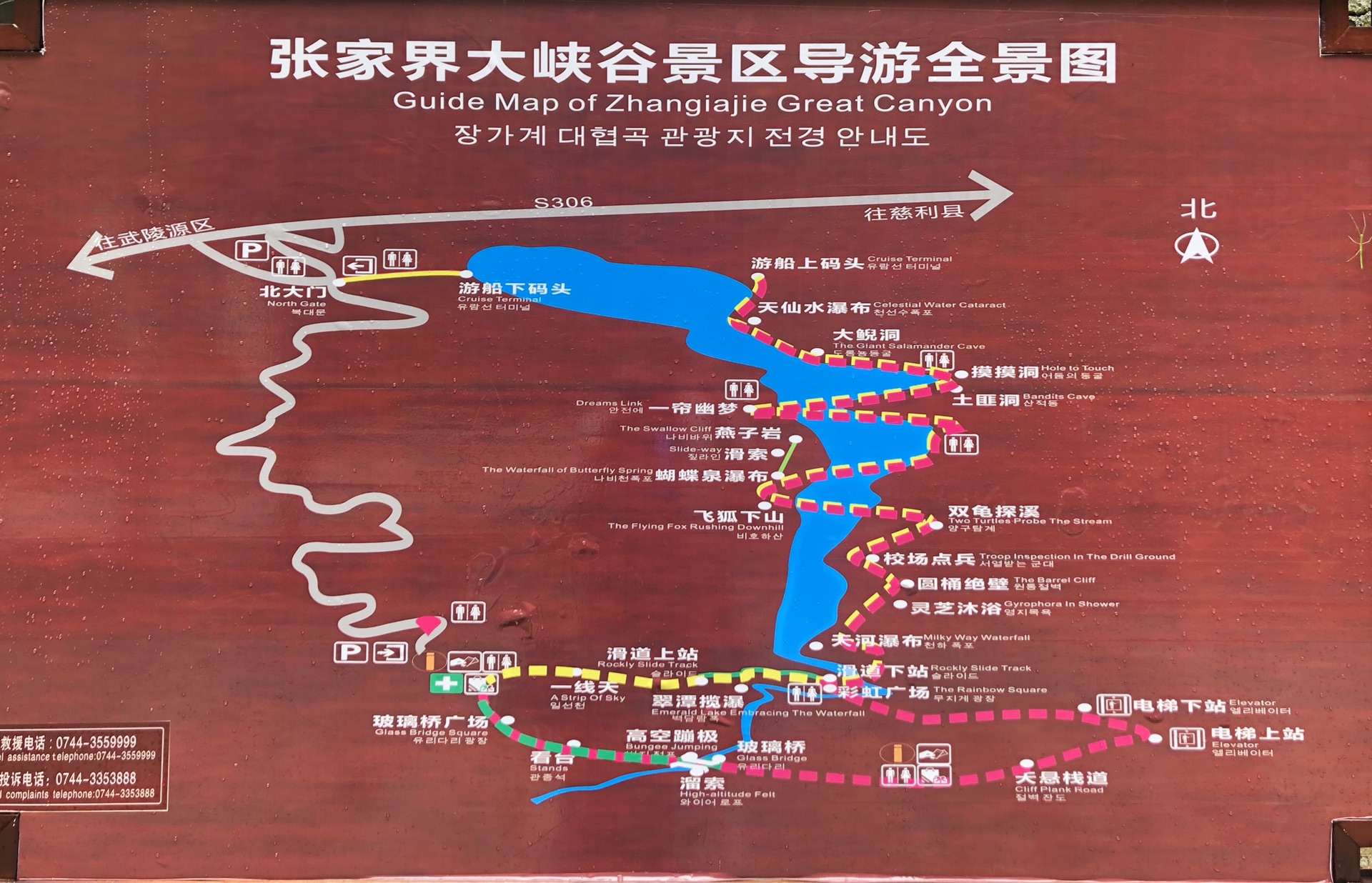