“On the mountain where the horses are running, there is a cloud; the end is shining, the city of Kangding…” A “Kangding Love Song” sang Kangding to the north and south of the river. Kangding, formerly known as “Daijian Furnace”, is located at the foot of Paoma Mountain at the northern end of Gongga Mountain in western Sichuan. It is the capital of Ganzi Tibetan Autonomous Prefecture and an ancient plateau city with a long history. The ancient city is surrounded by three mountains, and two rivers are intertwined. The lingering folk songs and the graceful folk dances make this place full of plateau ethnic customs.
Kangding is not only the hometown of love songs, but also the important town of the tea-horse market and the birthplace of Guozhuang culture. Majestic snow-capped mountains, crystal clear lakes, verdant forests, green fields, hot hot springs… The ocean monsoon winds along the north-south Hengduan Mountains, making it abundant with rainfall and cloudy and foggy. The coexistence of glaciers and forests is a unique and beautiful landscape in Kangding. Kangding is not only beautiful in scenery, but also a transit point for tourism in Ganzi Prefecture.
When you have been to Kangding, there may be many things that make you forget the love song that made it famous. 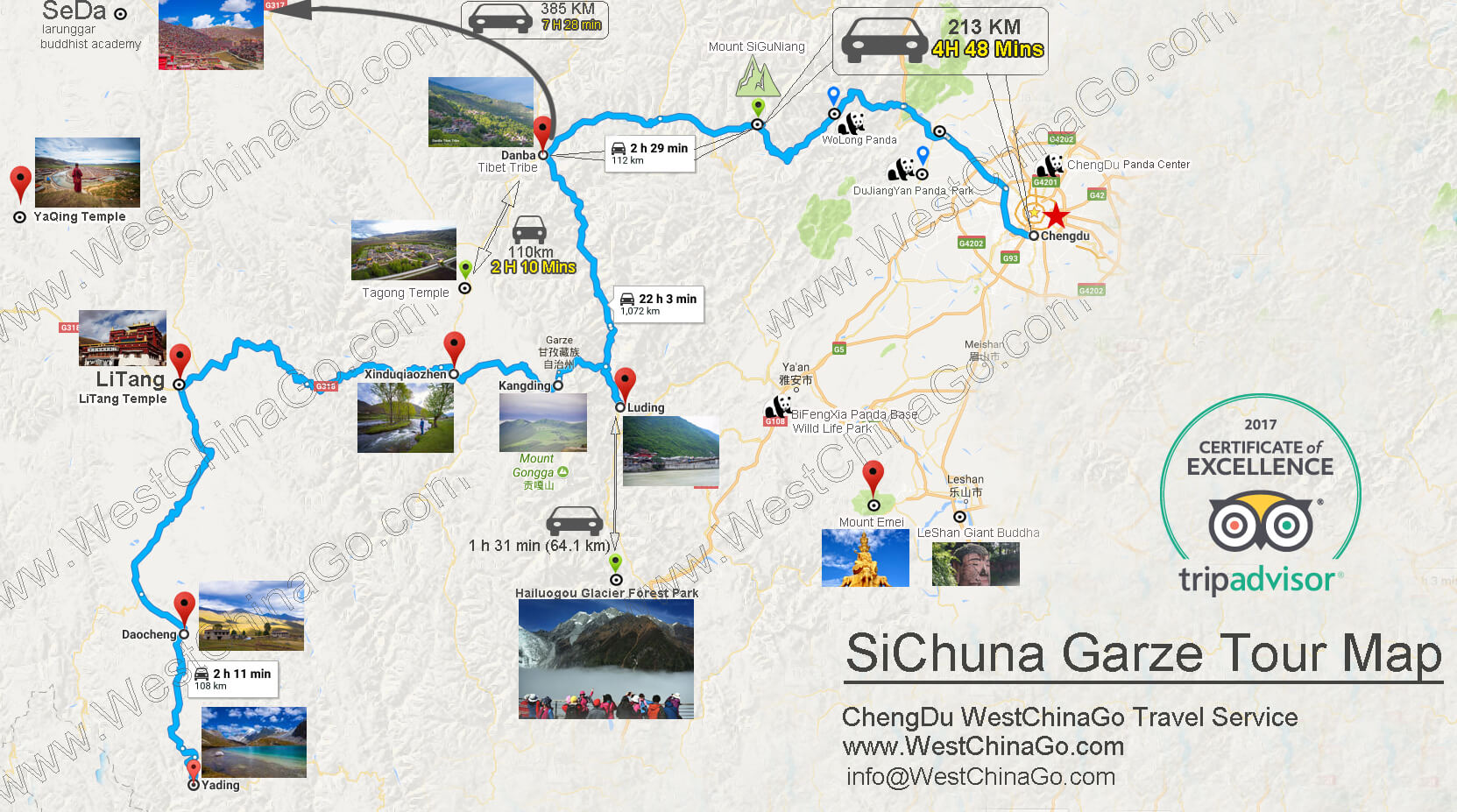 Kangding has its own characteristics in each season. Relatively speaking, May-October is the peak tourist season in Kangding.
May and June: These two months are the best time to go to Gongga Mountain. This time is the alternating period of dry season and rainy season, with extremely high temperature and not too much rainfall. Choose to go hiking or climbing.
July and August: This is the best time of year in Kangding, the sky is blue, the flowers of Tagong grassland are in full bloom, and the temperature is very comfortable.
September and October: The autumn when entering Kangding at this time is the best time to go to Xinduqiao, the “photographer’s paradise” for landscape photography. How many photographers are drunk in the splendid golden autumn of the town, I believe you will also be fascinated of.

Going to Kangding from May to August, the ultraviolet rays on the plateau are very strong, so you must be prepared for rain and sun protection; and the temperature difference between day and night in the alpine grassland is large, so it is necessary to prepare a proper warm clothing. From September to October, Kangding has entered the cold stage, and it snows from time to time. You should bring thicker clothes and non-slip thick-soled shoes to keep warm. In addition, it is recommended to bring a headscarf or a mask to prevent exposure to the sun or sand.